File Explorer, formerly known as Windows Explorer in earlier Windows versions, is the default file management application in Windows for a long time. It has evolved a lot over time to acquire many different features for file management. Windows 10 ships with mostly the same version of Explorer as Windows 8 except for a few changes like Quick Access replacing Favorites. Now, new information has been revealed on Twitter from a Microsoft employee's account which indicates that with the upcoming Redstone update, Microsoft is going to revamp this app to make it a Universal Windows Platform (UWP)/Metro app. 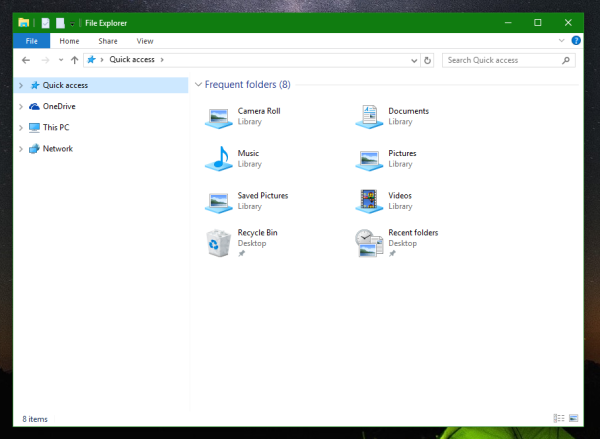 With Windows 8, Microsoft started making radical changes to the operating system's user interface. Many apps got revamped and the Start menu was replaced with the Start screen. The File Explorer got the Ribbon UI (Tip: see how to disable Ribbon in Windows 10 Explorer).

But this does not really make the File Explorer touch-friendly. Some Ribbon buttons are tiny, the Quick Access Toolbar icons are terribly small and the file pane and the navigation pane are also not completely touch-friendly in certain Explorer views like List view or Details view. If your device has a high resolution, high DPI screen, using your fingers to manage files using Explorer is not very easy.

So Microsoft has decided to revise the user interface again for Windows 10's next release and give it a modern, touch-friendly UI. Windows 10 already has many more touch-friendly apps and UI elements, so now it's Explorer's turn.

Peter Skillman, GM of Core UX for Windows Desktop revealed that they are working on a major update to File Explorer that can be used on touch devices. He has not shared exact dates when we will see these changes in Insider builds, but they will come eventually, sooner or later.

@HUGEMSFAN Yes we are working on a total update of file explorer! Can't articulate schedule yet. You are right.

While this is definitely good news for touch screen device users, it is likely that most of Explorer's functionality will be eliminated like what happened to almost all modern apps based on the Universal Windows Platform.

Were you expecting this change? Have you faced any issues using File Explorer on a touch screen device? Share your experience in the comments.