XFCE4 is a Linux desktop environment, which is positioned as lightweight and fast. It provides a look and feel familiar to Gnome 2 users, with classic Desktop elements like the panel/taskbar, Desktop with icons, system tray and a wide range of panel applets which can extend its functionality. XFCE4 includes a number of apps like the Thunar file manager, App Finder, the Mousepad text editor, Orage - a calendar app and a number of other utilities and tools to manage the appearance and behavior of your PC. The stable version of XFCE4 is currently 4.12 and it is based on the GTK+ 2.x toolkit. Its developers have released a roadmap which shows their migration plan to GTK+ 3.x.


GTK+ 3.x is a modern toolkit to build GUI apps in Linux. It was created to replace GTK+ 2, which is widely used these days. Many apps, utilities and entire Desktop Environments like MATE are built using GTK+ 2. 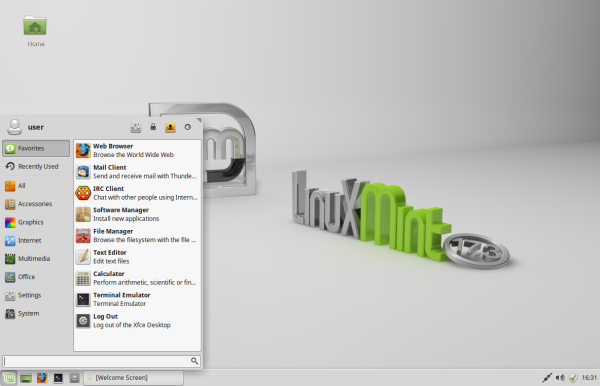 Although GTK+3 offers these benefits, it also requires a greater amount of RAM. From this perspective, some users do not like porting apps from the previous version of the toolkit. However, sooner or later, most apps will perform the migration to go mainstream.

XFCE4 is no exception. According to the published roadmap, XFCE 4.14 will be GTK+ 3 based. The upcoming release will not bring any new features as its developers are focused on re-creating the same appearance and functionality as its GTK+2-based branch on the new toolkit version.

Here is how the App Finder will look with GTK +3 (on the left) compared to the current GTK+ 2 release (on the right):

Here are a few highlights for the upcoming version of XFCE4:

XFCE4 is my desktop environment of choice. It provides everything I need for my daily tasks, it is stable and solid. Along with the Whisker menu plugin, I really like the workflow it provides. Unlike many other Linux projects, it does not force radical user interface changes with every release, nor does it try to imitate bad ideas from Windows. I really appreciate this fact about it and can recommend it to every Linux user who is looking for a nice Desktop Environment. (via)