Microsoft has just released a new update for the Xbox App on Windows 10 with some long requested features, including support for a light theme. This is probably done ahead of the next big update release for the Xbox One console, which will add a similar light theme option for the entire UI. 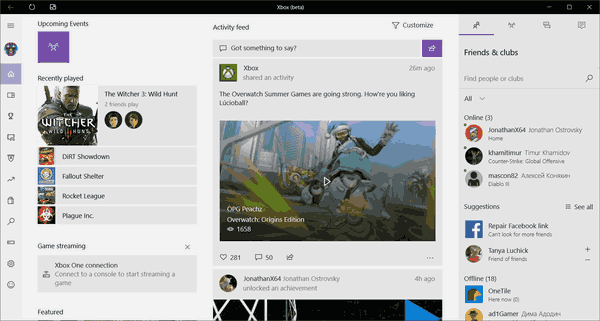 The update is now available for the app on both PC and Mobile platforms. You'll find the updated theme options in the settings menu: you can now choose between dark, light and using system colors. The same options should arrive in the next update for mobile versions of the app on both Android and iOS but there is no fixed schedule for that.

There are some new additions to the app's features in this release. Here's what mentioned in the official change log for the 31.32.11001.00000 release:

Xbox app for Windows 10 comes preinstalled and should be updated to this release automatically, but if you don't have it installed or prefer installing the update manually, feel free to check it out in the Windows Store.