Microsoft today released a new version of the Windows Package Manager (WinGet). Being available on Windows 10 version 1809 and later, it now supports x64 on ARM64, and includes mutiple fixes. 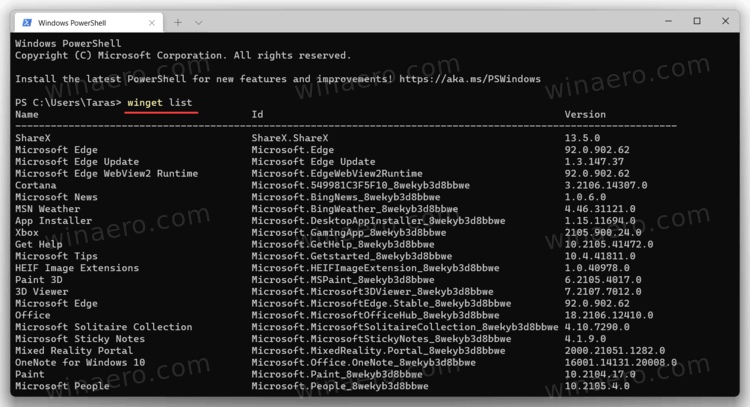 Winget is a modern app management tool from Microsoft that can be helpful for installing multiple apps at once on Windows. It is included by default in Windows 11 and can be installed on Windows 10, version 1809 and above.

There is a repository operated by Microsoft that hosts tons of various apps. The user can specify the app names he wants to install, or create a special template. Using it, Winget will look for specified apps in that repo, and install them all at once.

Each of the apps in the repo has a descriptive manifest  files that tells winget from where to fetch the app installer and how to deploy it silently, without user interaction.

Besides third-party apps, winget is pretty useful for removing the built-in Windows apps like Photos and Skype.

Today's release of Winget 1.2.3411 is a preview version of the app. Besides the above mentioned x64 support on ARM64, it includes a huge list of various bugfixes. To mention one, winget upgrade --all shouldn't install the same package more than once.

The complete list of changes can be found on GitHub.