Ten years after its original release, Microsoft is finally terminating extended support for Windows Vista, the big release of Windows which overhauled the operating system's internals. Mainstream support originally ended back in 2012, but as always, enterprise users and IT professionals were given more time to properly consider their options and migrate their infrastructure to a newer OS. Starting April 11, 2017, no system or security updates will be released for Windows Vista or Internet Explorer 9 (which is the last available Microsoft browser for it). This leaves the system vulnerable to new viruses and existing unpatched threats. 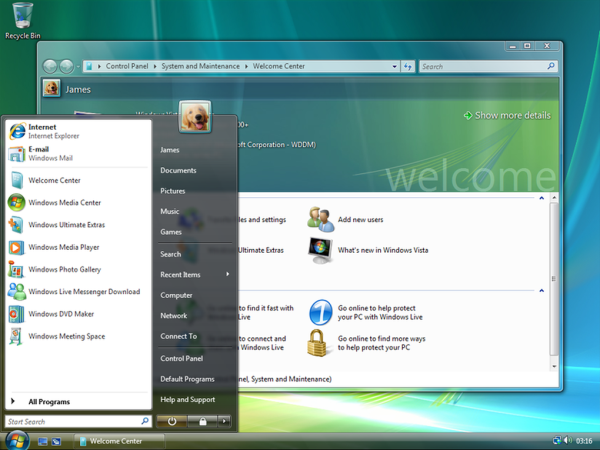 According to the latest stats from Net Applications, which tracks operating system usage based on data captured from 160 million unique visitors each month, only 0.72% of PC users worldwide are still running Windows Vista. This is a very small amount compared to even Windows XP which was released 6 years before Windows Vista but is still somehow holding 7.44% usage share.

If you're still running Windows Vista and considering new options for upgrading, you may want to pick the latest Windows 10 release or go with Windows 8.1 or Windows 7. The Creators Update starts rolling out for existing Windows 10 users today, while Windows 7 extended support will end in early 2020. Windows 8.1 will be supported till January 2023.