Windows Terminal developers open this week with two new releases. The one is in the Stable channel, which is version 1.6.10571.0, and the Preview release is version 1.7.572.0. Here what is new in these updates.

Windows Terminal 1.6.10571.0 includes all the changes that where introduced in the Preview 1.6  version of the app. Additionally, it includes these changes  and fixes.

Windows Terminal now supports JSON fragment extensions. This means that snippets of JSON can be downloaded as extensions that can modify a user’s settings. Read the docs here.

A new global setting has been added called windowingBehavior, which allows you to set where new instances of Windows Terminal launch. Options include a new window ("useNew"), an already existing window ("useAnyExisting"), and an already existing window on this desktop ("useExisting"). This setting can be found on the Startup page of the settings UI: "windowingBehavior": "useNew". 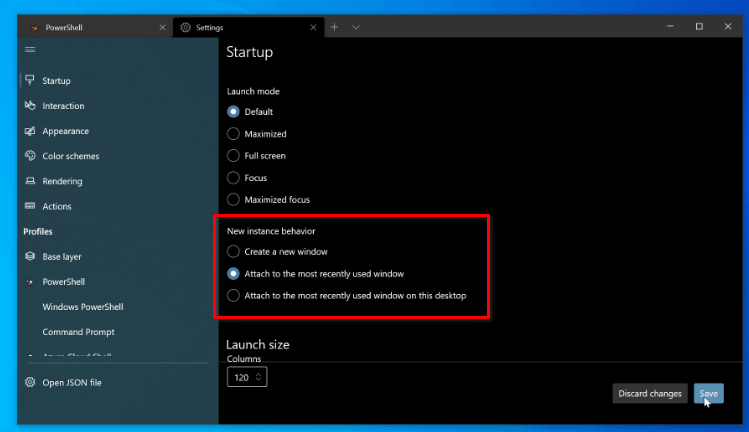 Windows Terminal now supports read-only panes. This allows you to prevent input into a pane, which could be useful if you have a build or process running that you don’t want to interrupt. You can toggle read-only mode on a pane with the toggleReadOnlyMode action.

A new setting has been added where you can automatically focus a pane when it’s hovered with the mouse.This new global setting can be found on the Interaction page of the settings UI or can be set in your settings.json with focusFollowMouse. It is disabled by default.

Settings UI is now default. The settings UI is now attached to the Settings button in the dropdown menu, making it the default experience for those using Windows Terminal Preview. If you’d like to use the keyboard to access your settings, here are the shortcuts that come with the terminal by default:

A new Actions page shows all of the keyboard shortcuts that you can use in the terminal. 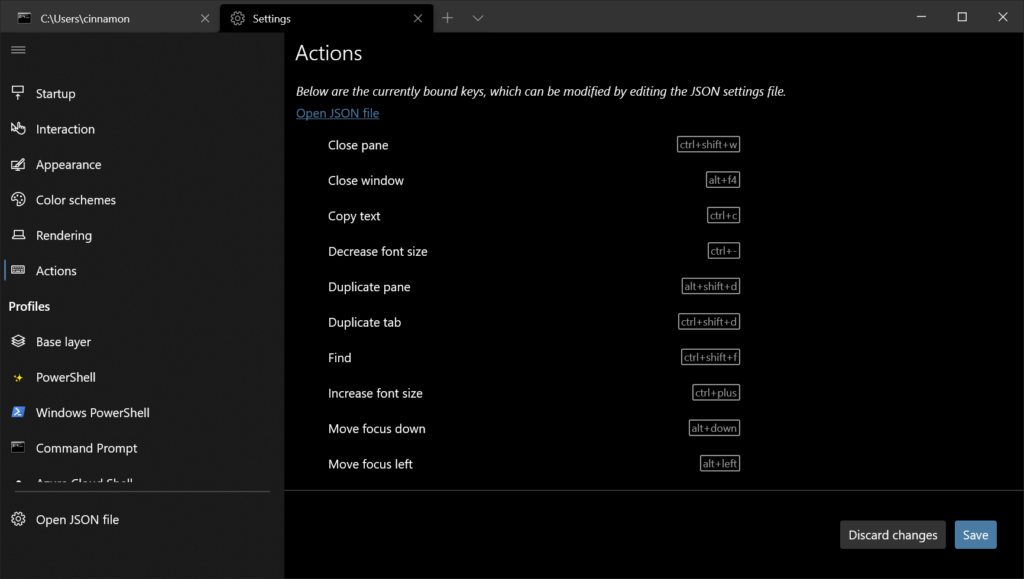