This is not something you may really want, but rather a demonstration of the cross-platform capabilities of the .NET 5.x platform. Windows Calculator, a modern app that Microsoft had open-sourced, is successfully compiled and now works on Linux.

As you may remember, Microsoft had open-sourced the modern Windows Calculator app. Since then, Windows Calculator source code is on GitHub under the MIT license. Earlier, it was ported to C# and now can be launched on iOS and Android, and also on the Web with the help of WebAssembly. The app was ported by developers of the cross platform GUI called the Uno Platform.

Uno Plaform allows you to build native mobile, desktop, and WebAssembly apps with C# and XAML from a single code base.

The same team made it available in the Snap store, branded as Uno Calculator. Snap is available out of the box in Ubuntu and its spins. It is their own alternative to Flatpak and traditional packages. 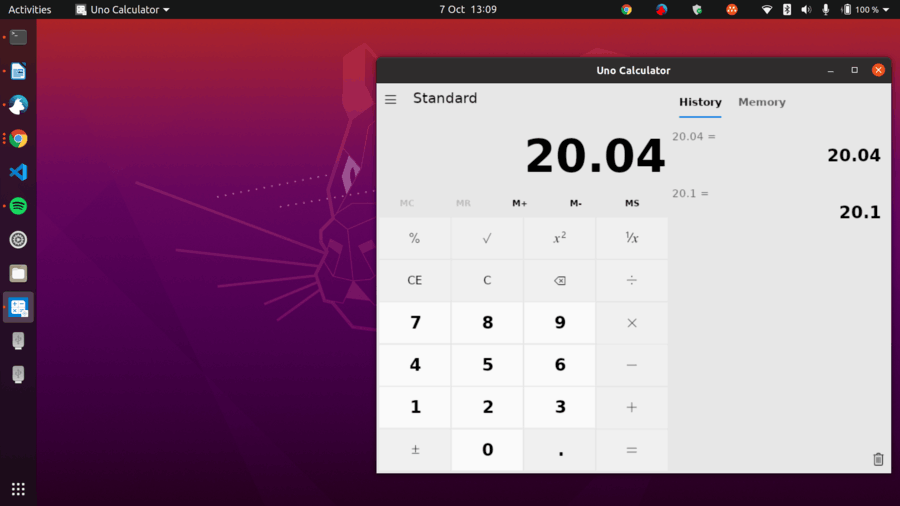 The calculator can be downloaded right away. If you’re on Ubuntu or you have snapd installed just run:

The announcement praises the Uno Platform as the universal cross-platform developer solution . It "brought their support to Linux during UnoConf 2020. Uno Plaform allows you to build native mobile, desktop, and WebAssembly apps with C# and XAML from a single code base. You can build Linux applications with Uno Platform using Visual Studio and Ubuntu on WSL. You can snap them up in the snap store and then run your apps on anything from the Linux desktop to a Raspberry Pi".

Well, Linux already has a variety of Calculator apps. Almost every DE ships one! There is Gnome Calculator, MATE calculator, a calculator plugin in Xfce, as well as DE-independent apps like Galculator. Even if you are working in console, a shell like bash can be used to perform math calculations. There's no actual need to have that particular Windows app in your Linux instance.

However, if you are a C# developer, you should give it a try, as it shows how to expand your user base to new markets with minimum efforts.

2 thoughts on “Windows Calculator can now be installed in Linux”