Microsoft today released Windows 11 Build 25174 to Insiders in the Dev channel. It doesn't offer much and mostly comes with fixes and improvements. However, there is still a new feature - a new Game Pass widget.

The new widget exposes your Xbox game library content. It shows recent additions, games that will soon leave Game pass, and other highlights. Clicking it will open the Xbox app where you can review and install games. 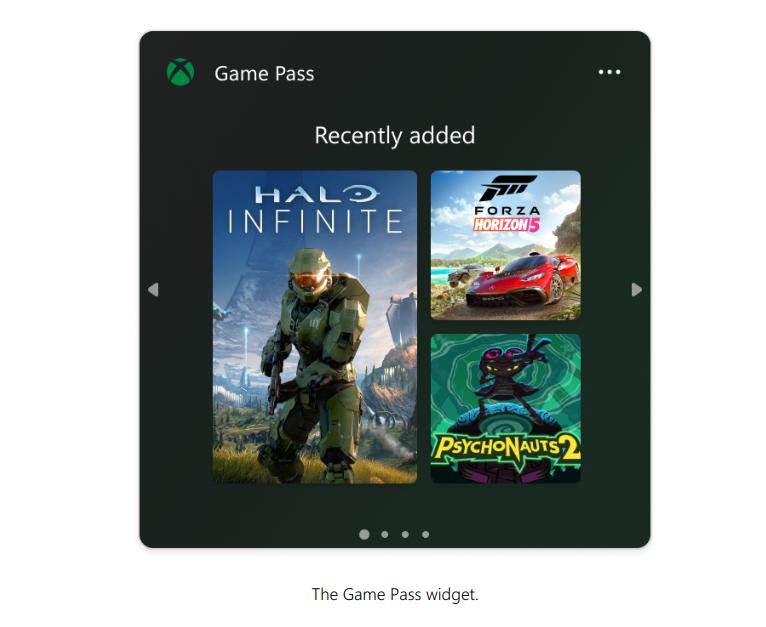 Microsoft will soon add more features to the widget. It will able to show personalizated game recommendations. Also, it will allow you to quickly sign in to your Xbox profile and return to the recently played games.

By default, the new widget is missing in the dashboard (Win + W). You'll have to add it manually.

A middle-click on a folder in File Explorer now opens it in a new tab.

Besides the above mentioned updates, this build comes with a good set of fixes.

Check out the official announcement here.