Microsoft has updated the Dev channel with a new build. While it fixes the unavailability of its predecessor to ARM64, it also adds a new feature. Microsoft is experimenting with adding widgets right to the Desktop area. The first move in this direction is an interactive desktop search box.

This build is available for download in the ISO file format from here, so you can do a clean install. Feature wise, it comes with the following updates.

As announced several times before, Insiders in the Dev channel will be involved in testing new ideas and concepts that may never make it to the final version of the system. Starting with this build, Windows Insider Program participants will have access to one of these concept features. It allows placing lightweight interactive content on the desktop. Currently, this type of content is only available in the Widgets panel.

To test the concept, Microsoft has added a search box that allows you to search the web directly from your desktop. 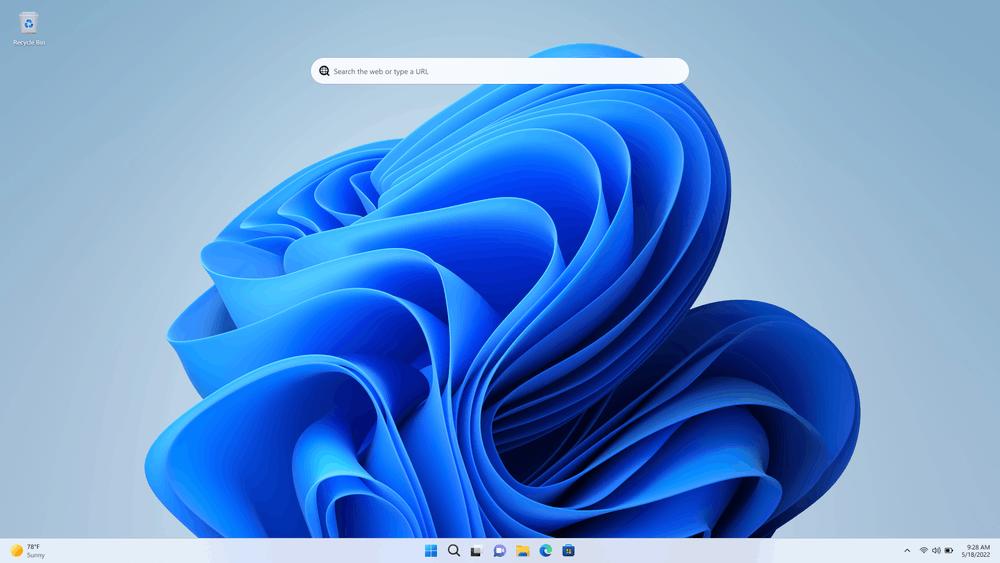 If you want to test this feature, then right-click on the desktop, select the "Show advanced options" option, and then turn on the "Show search" option.

After updating to this build, an additional reboot will be required to fully enable this feature. Please note that the feature is in A/B testing. So it won't be available to some insiders even after a computer restart.

Other changes and improvements

Learn more in the official announcement.