Microsoft today released Windows 11 Build 22616 to the Dev and Beta Channels. It now requires you to enter your Microsoft Account details when installing the OS for personal use. This change has been first introduced in build 22557, and now the requirement is enforced. 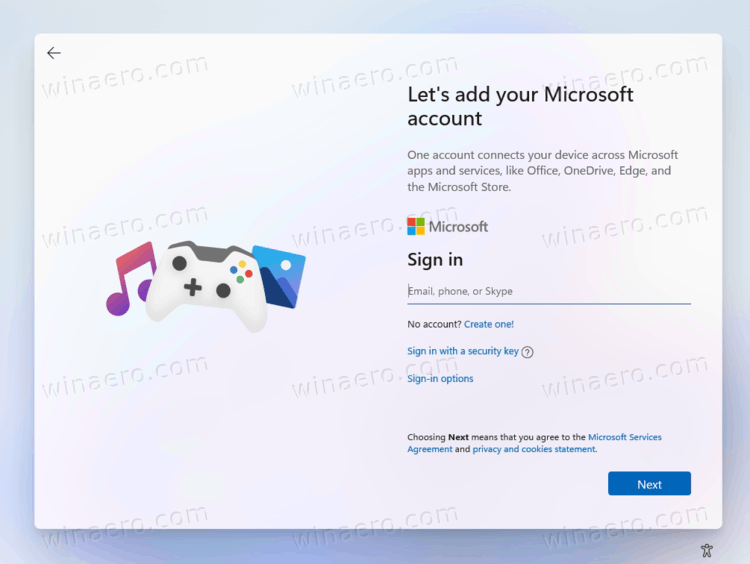 This behavior is new to Windows 11 Pro, but nothing surprising to Windows 11 Home users. They already cannot set up a new Windows 11 computer without an active Internet connection and a Microsoft Account. The same now applies to both consumer editions.

There is still a way to bypass the enforcement for the Microsoft Account, and get the OS installed without a Microsoft Account. But the method is very tricky and  it still requires your device to be online.

Another change in this release is the removal of the updated system tray in the taskbar. Microsoft has restored the "classic" icon management with drag-n-drop. The ability to completely disable the hidden icons flyout has also gone. Microsoft says the newer style of the system tray may return in upcoming builds.

The rest of the changes are just regular bugfixes.

Also, check out the list of known issues in the official announcement.

Since Microsoft releases the same builds on the Dev and Beta channels, Insiders still have a temporary opportunity to switch between channels. However, you should hurry up with the choice, as the window will close soon. If you want to change the update channel, then follow the simple steps. To go with the desired channel, Open Settings -> Windows Update -> Windows Insider Program. There, click on View current Insider settings, and select the desired channel.