Microsoft today released a new preview build to Insiders in the Dev and Beta channels. It includes a number of changes to the File Explorer app. Besides, there are change to Memory integrity security feature, input and window management, and plenty of fixes.

The release is available for both Dev and Beta channels. This will allow insiders in the Beta channel to switch to the Dev branch. The latter often includes experimental features that may or may not come to production. They are less stable, but more interesting to enthusiasts. The ability to switch between Insider channels, e.g. without reinstalling the OS, exists when Microsoft releases the same builds in all channels.

Starting in build Windows 11 build 22593, the Quick Access location is now called Home. You may remember that in early Windows 10 builds it already had this name, and the "home" icon.  Microsoft dug up this idea, so now it is called "Home" again with the appropriate image. Surprisingly, the Quick access name is now used instead of the "Frequent folders" section. 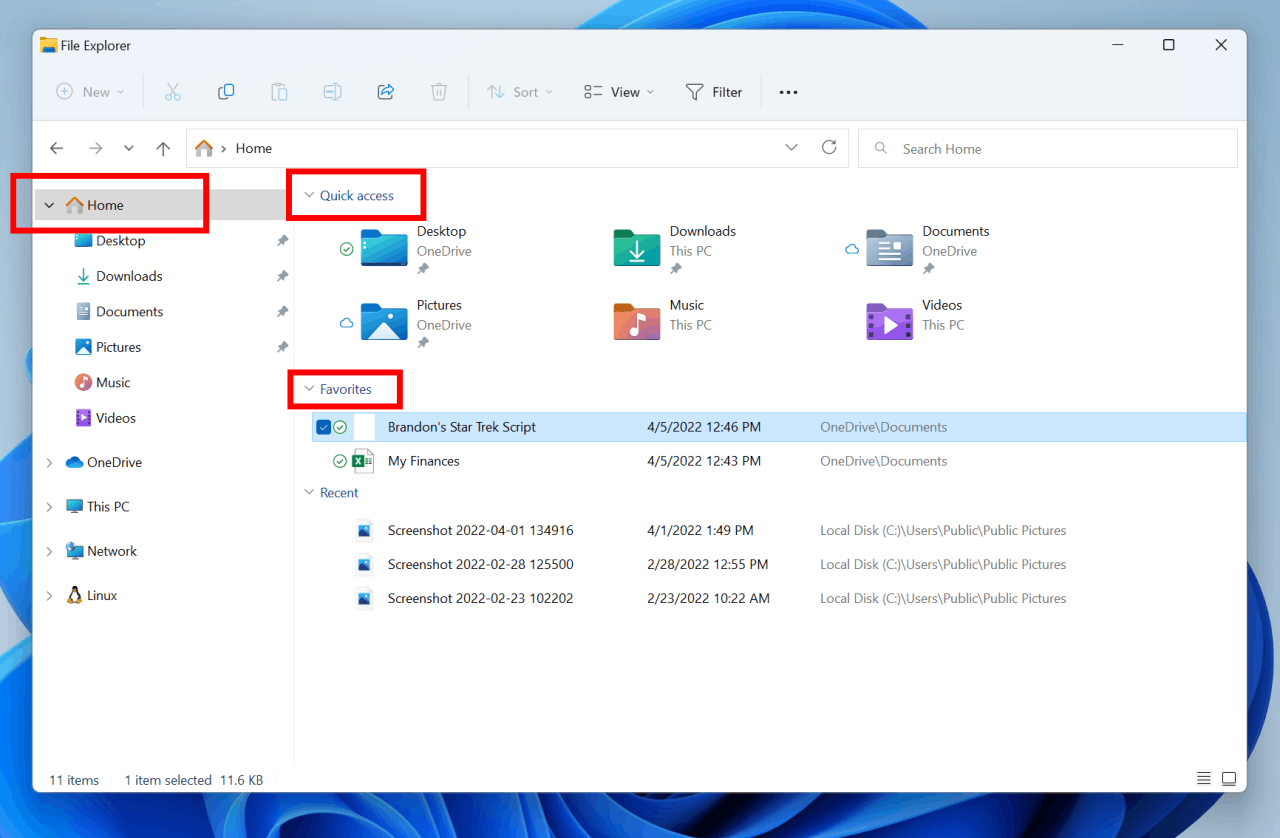 It also features a new "Favorites" section where you can pin files. Actually, this change must be already familiar to Insiders. It was introduced earlier and was named as "Pinned files".

Finally, Recent and pinned files displayed in Home are now searchable using the search box in File Explorer even if they are not local files, so you can find Office files recently shared with you.

Sadly, it still doesn't include tabs. But you can try to enable them manually.

The Win+X menu has got a new behavior. Now, if you have Windows Terminal installed, it will be visible in that menu. 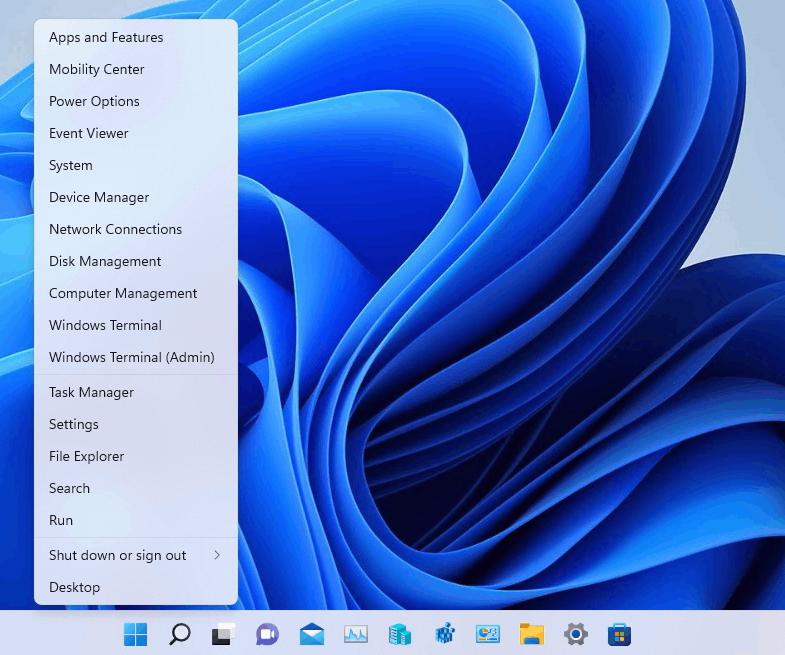 But if you uninstall it, it will fall back to PowerShell.

"Journal" is a digital ink tool to quickly note your ideas, draw with your pen, and create annotations in PDF files. Also, Microsoft Journal is powered by artificial intelligence to quickly recognize editing and semantic gestures.

There are also updates to ADLaM and Pashto keyboard layouts.

The snap layouts feature (Win+Z) now shows numbers for all the layouts. So you can press the number keys to quickly apply the desired layout with the keyboard.

The Focus feature now allows adding 5-minute increments for everything under a half hour to focus session length options.

Memory integrity stays in Windows to prevent attacks from inserting malicious code into high-security processes. You will find its toggle option in the Windows Security app in the  Device Security > Core isolation. Windows 11 will now show a notification that it is turned off. The user will be aware of its statues and turn it on for better device protection against malicious attacks. 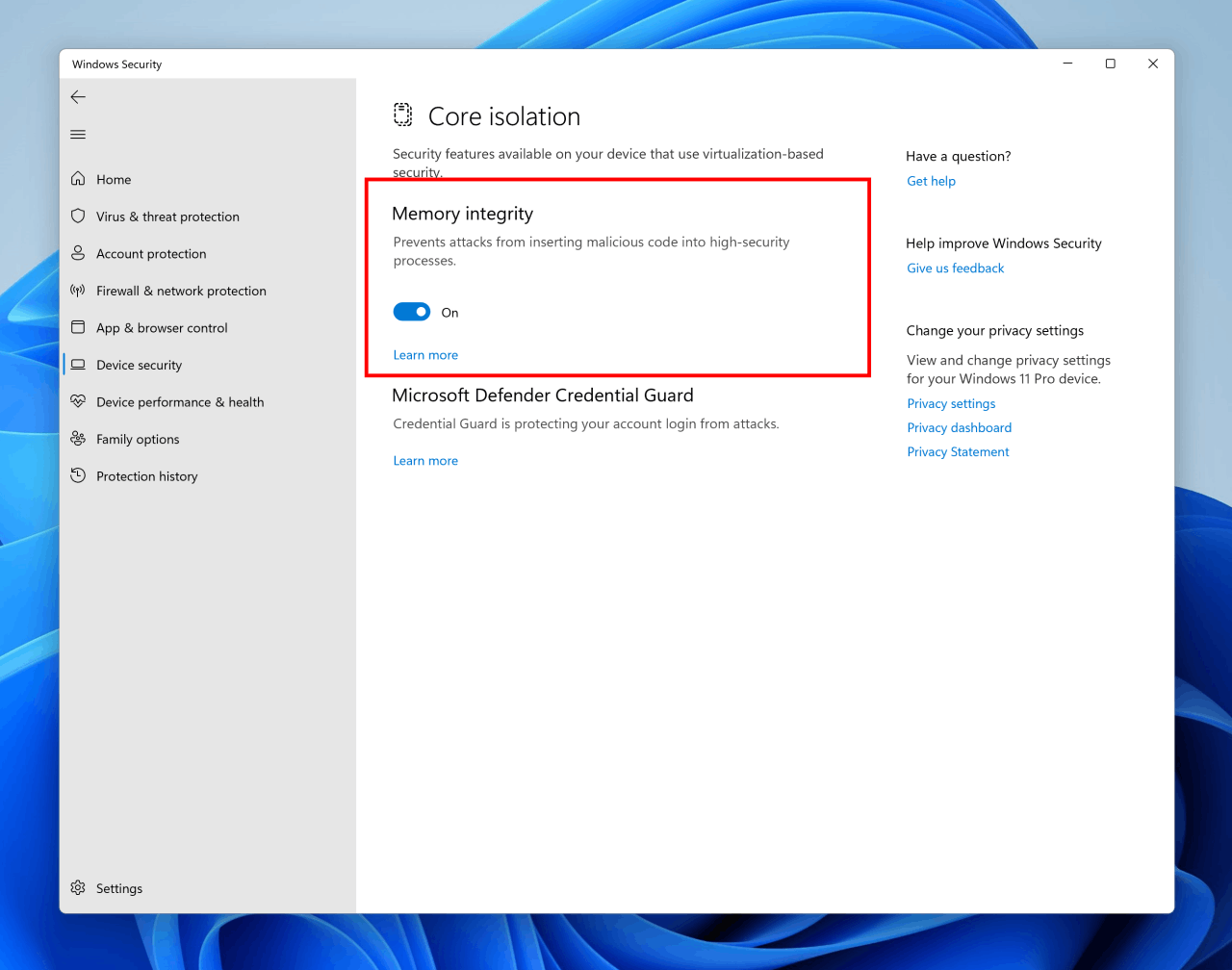 There is also a huge list of fixes and known issues. Check them in the official announcement.