Next week, Microsoft plans to ship the first preview build of Windows 11 to Windows Insiders in the Dev channel to test lots of new features and redesigns. Speaking of the redesigns, Windows 11 will bring a new taskbar, Start menu, a completely reworked Settings app and File Explorer, a fresh Microsoft Store, and new UIs for some stock apps. Big news alert: classic apps will also get some love from developers. A screenshot Microsoft shared during the developer event reveals a beautiful redesign coming soon to MS Paint, Notepad, and Office apps in Windows 11.

Currently, we do not know much about redesigned MS Paint and Notepad. The screenshot reveals new Fluent Design icons, better menus, improved navigation, and a reworked Ribbon. It appears that MS Paint will follow the same design coming with a new File Explorer app, although the latter seems to be ditching a decade-old ribbon-based UI. As for Notepad, it is a bit early to tell what exactly Windows 11 has to offer. The screenshot does not reveal much and puts the main focus on MS Paint and Office apps. 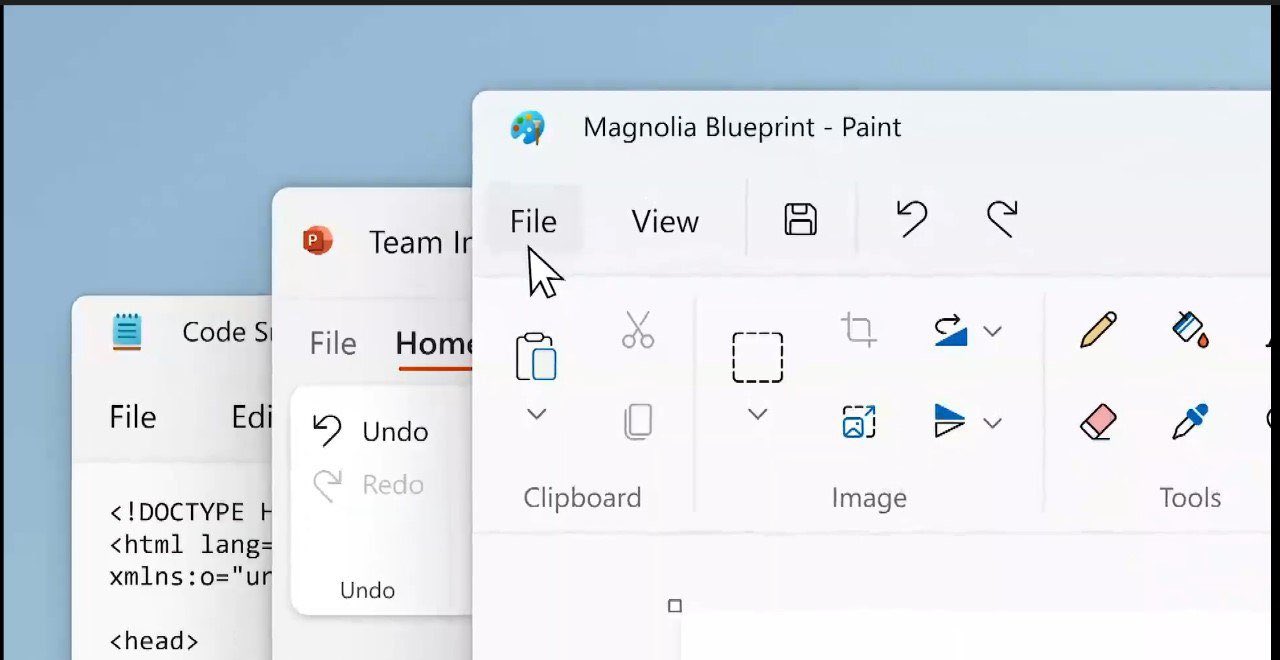 If you are eager to test Windows 11 and its new design bits, the wait is almost over. Microsoft promises to release the first preview build of Windows 11 next week. Meanwhile, you can prepare your PC by checking the minimum hardware requirements. You can also use a new "PC Health Check" app to run a compatibility test. Unfortunately, the program appears to be half-broken, and it does not offer much useful information.

Do note that not all announced features will be available to test right away. Microsoft has already confirmed that Android apps support and the Teams integration are coming later this year. Also, it will take some time for the Microsoft Office developers to release a new design for Excel, Word, PowerPoint, and other Office apps.