Following the new scheme, Microsoft has released two new builds to the beta channel. The first one, build 22622.440, includes new features, and the second one doesn't have them enabled. Second group folks can activate them with an optional update.

Microsoft is rolling out the new taskbar overflow experience to more insiders. It is still a controlled rollout, so not everyone will see it.

The new taskbar looks as follows.

Changes in both builds

Besides the live weather information, Windows 11 taskbar will now show sports and finance widgets. It will rotate their info in place of weather, along with breaking news alerts.

Microsoft continues to roll-out the new Open with dialog. It looks like now it is available to a wider audience. 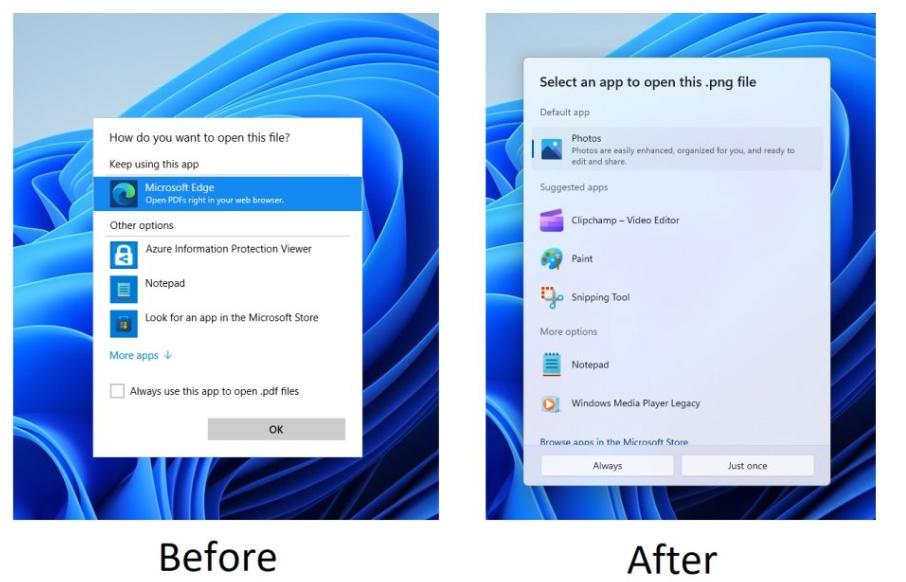 Finally, you can now repair, reinstall, and modify installed apps, including classic Win32 ones, directly from Settings > Apps.  This includes uninstallation of apps which have inter-dependencies (e.g., Steam and gaming apps running on Steam).

Traditionally, there are some software quality improvements that improve the overall reliability and stability of the OS. Still, there are rough surfaces, bugs, and crashes of apps. Check out the list of fixes and known issues in the official announcement.