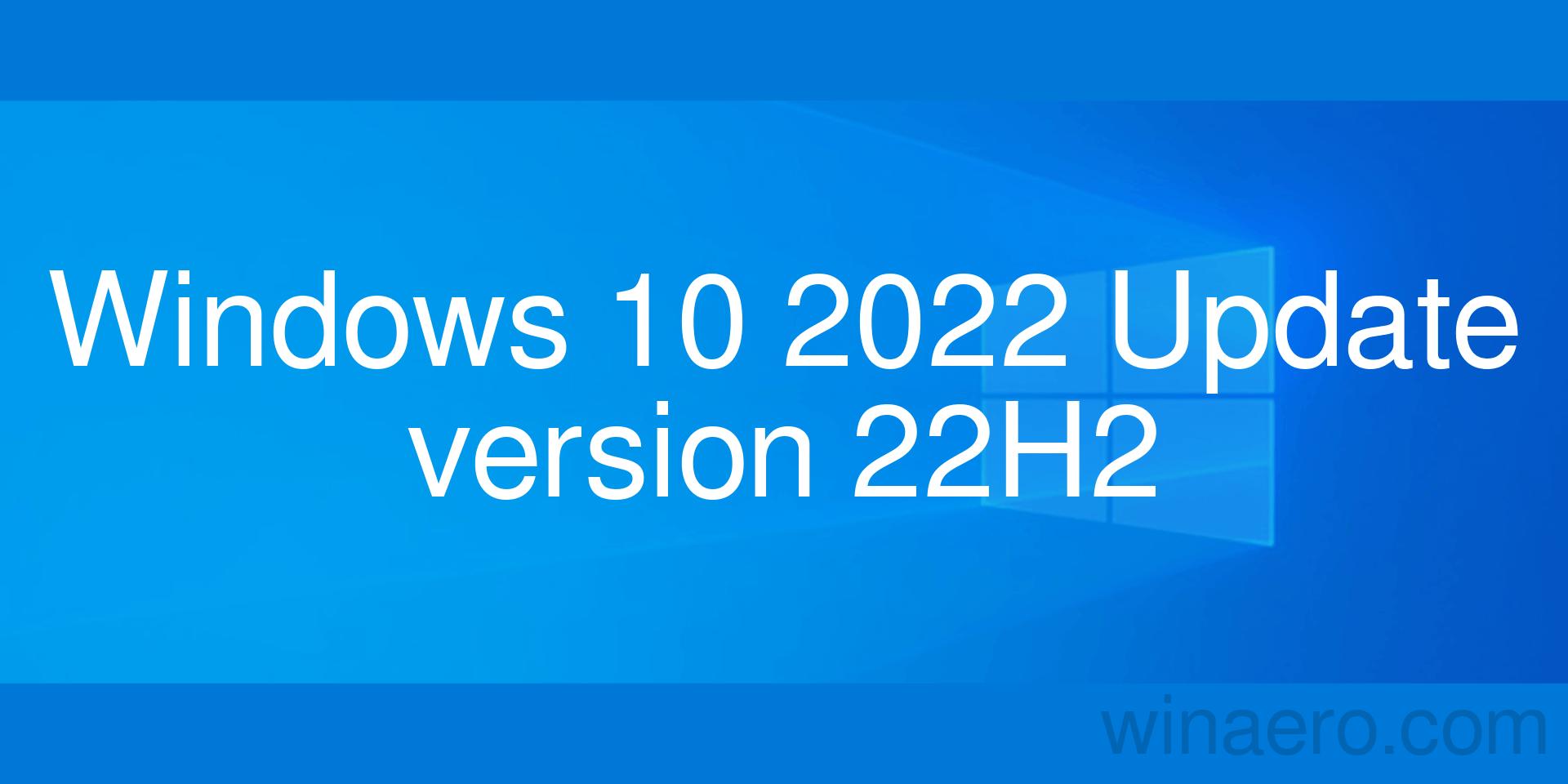 Broad deployment is the final stage in the OS roll-out. While Windows 10 22H2 was announced just a few weeks ago, it quickly become designated for broad deployment. This means that everyone with Windows 10 installed will be offered to upgrade their device to the most recent release. Actually, version 22H2 shares its core with 2004/20H2/21H2 releases. Microsoft didn't even provide what is new in the newest version. On the consumer side, you will find no changes.

But it may eventually remain the only supported version of Windows 10. Its predecessor, version 21H2, will reach its end of support on December 13, 2022. So it is a good idea to get installed right now. The upgrade process won't take much time. It is simply an enablement package that raises the OS version. The general improvements and fixes it includes must be already installed on your PC with earlier released cumulative updates.

So, the upgrade package for Windows 10, version 22H2 is now appears automatically on the Windows Update in Settings. If you don't see it or want to speed up this process, open Settings (Win + I) > Update & recovery Windows Update and click on Check for updates.