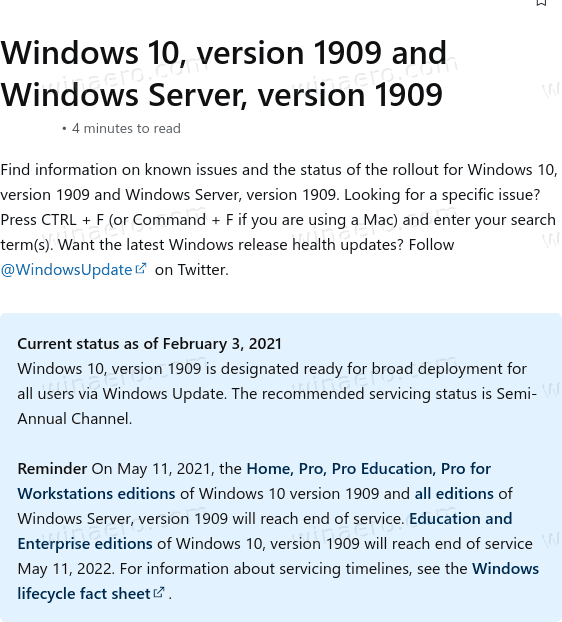 It is interesting that the latest version of Windows 10 is now version 20H2. In fact, all its features already delivered to version 2004 with cumulative upgrades. The 'upgrade' installs an enablement package that just activates a few new features. This was used for Windows 10 version 1903 and 1909, and now for version 2004 and 20H2. However, 20H2 is not offered yet to 1909 users.

More information can be found here. Thanks to deskmodder.de.

6 thoughts on “Windows 10 v1909 is near its end of support, receives the upgrade offer”