With Windows 10 Fall Creators Update, Microsoft introduced its vision for the future of user interface design. The company started to add more and more Fluent Design elements to its own first-party apps, including the Start menu, Calculator, Maps, Store, Settings and Groove Music. A new version of the Calendar and Mail apps got a refined look with Fluent Design bits in the UI.

This update was previously released to the Fast Ring insiders. The user interface of apps comes now with blur and features the reveal highlight effect. Here is how it looks. 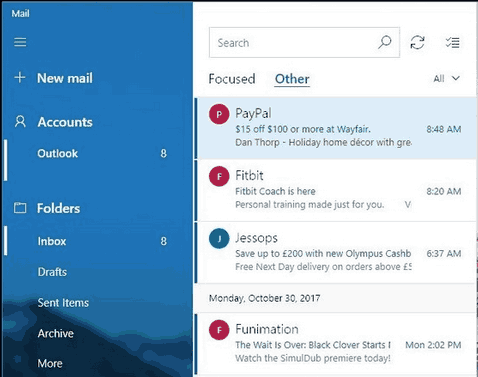 Mail and Calendar have a refreshing new visual design and background photo.

Choose from hundreds of new colors to brighten up your calendars.

Fluent Design is Windows 10's new  UI, previously known by its code name "Project NEON". It is a new design language which is focused on simplicity and consistency along with cool animations. It also adds Windows 7’s Aero Glass-like effects to the Universal app frame and controls.

Tip: You can disable Fluent Design visual effects in Windows 10.

Personally, I like the transparency effect applied to the app. What about you? Do you like this change?