Microsoft has signed off build 10586 as the 'Fall Update' for desktop users and also for mobile phones. This means that the mentioned build will be released not only for Windows Insiders but also for Windows 10 RTM users. Windows Phone 8.1 users will receive the update to Windows 10 Mobile as it is the next step up for all supported devices. 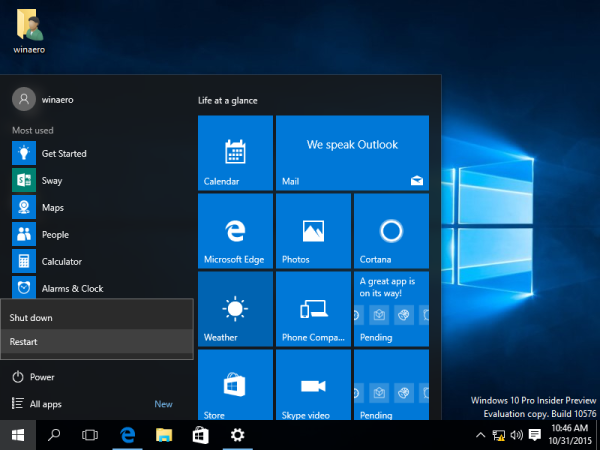 Windows 10 Threshold 2 will be the first major update since Windows 10's launch. It includes all released security fixes and stability patches along with new features and options.

If you are a Windows Insider, the Fall Update might not surprise you that much. Insiders will be familiar with the changes and new features of the upcoming release, including apps like Messaging, Skype and other interface tweaks.

I recommend you to read the following article which mentions all the major changes and expected features of Windows 10 Fall Update (Threshold 2) RTM:

Please keep in mind that Microsoft has still not named the official launch date. So November 10 is just a guess. Let's wait for a couple of days to see what Redmond has planned for end users. (via Neowin)