The next major update for Windows 10, officially known as Windows 10 Creators Update, comes with a number of features which were spotted during the recent October 2016 Microsoft Event. One of those features is a refined user interface for the Action Center. It will include sliders for volume and brightness. 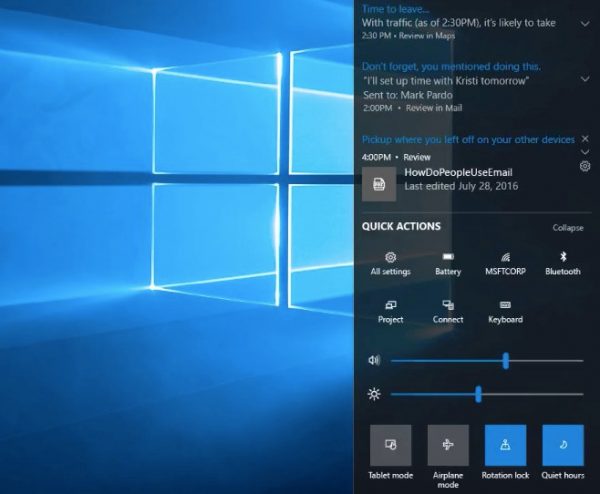 The new pane has a separate area for switches at the bottom, while the action buttons are aligned to the top. The space between buttons is also increased.

The most important addition is sliders to adjust volume and brightness. They are more useful than the current implementation in stable and Insider Preview builds.

Many Windows 10 users will welcome this change.

What about you? Do you like changes in Action Center?