Microsoft today released Windows 10 Build 21327 to Insiders in the Dev channel. The release includes a set of new icons, a new UI for the "news and interests" taskbar feature, and a number of other features along with general fixes and improvements.

The News and interests flyout has got a revamped look of the user interface. Its tiles now look colorful. It calculates the dominant color for the news thumbnail image and fills the tile frame with that color. 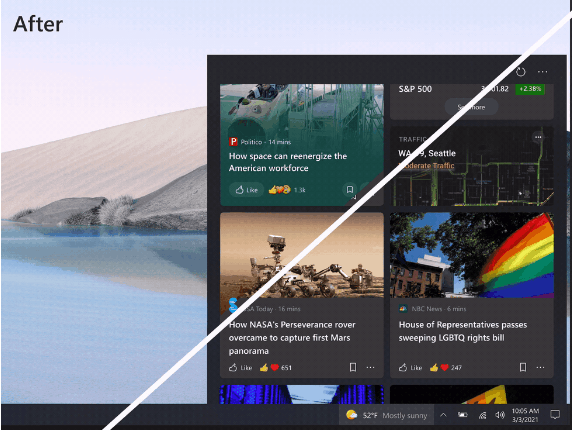 There are more updates when you click “See more news”. The new feed experience that opens in the browser has been redesigned. It featuring larger cards that include the article text, so you can see the article content at a glance. 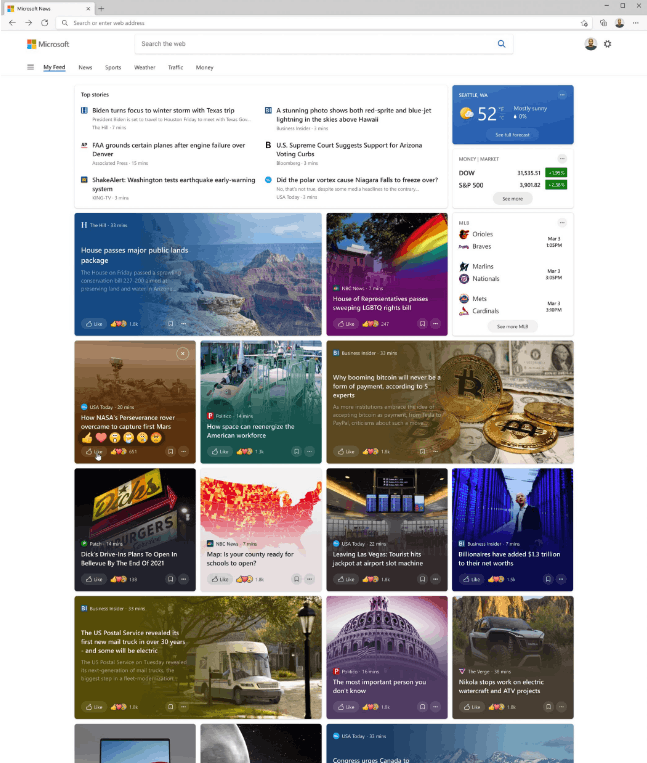 You can respond to news with new emoji like love, surprise, anger, and more.

Besides the changes listed above, Microsoft has shared the following list of fixes and known issues in the Dev build.

The Dev Channel, formerly known as the Fast Ring, reflects the latest changes made to the Windows code base. It is a work-in-progress, so the changes you see in Dev Channel releases may not appear in the upcoming feature update. If you have configured your device to receive updates from the Dev Channel/Fast Ring ring, open Settings - > Update & recovery and click on the Check for Updates button on the right. This will install the latest available Insider Preview of Windows 10.