Microsoft has made available a new build of Windows 10 to Insiders in the Dev channel. It comes from the RS_PRERELEASE branch, but doesn't offer much changes. It is all about reliability fixes. Also, there is a ton of fixes made to the News and Interests taskbar flytout.

Microsoft has announced the following changes in this Insider Preview release.

Improvements to news and interests on the taskbar

Microsoft points that the weather information in the taskbar is accurate and provides the real weather condition as it updates frequently. It detects your location automatically, but you can change it from the "..." three dot menu. 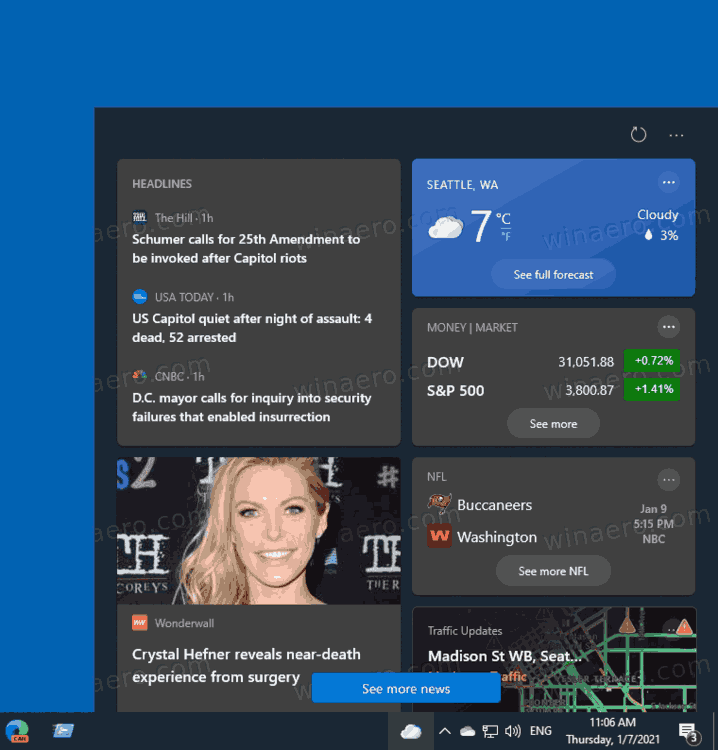 Based on feedback, Microsoft has updated the Settings > System > Sounds page. It will now display a message when microphone permissions have been turned off for the whole system or for all apps, with a link to the microphone privacy settings page.

Finally, this build comes with dozens of fixes.

As it often happens to Insider Preview builds, there is also a list of known issues.

The Dev Channel, formerly known as the Fast Ring, reflects the latest changes made to the Windows code base. It is a work-in-progress, so the changes you see in Dev Channel releases may not appear in the upcoming feature update. So we can expect to see some features which will never appear in stable Windows 10 versions on Desktop.