Windows 10 Build 20221 hits the Dev channel. Besides the traditional set of fixes, this release comes with a new button in the taskbar that provides the direct access option to the Meet Now feature of Skype.

Meet Now in Skype allows you to easily set up a collaboration space and invite both Skype contacts and friends or family who are not on Skype. Participants can then easily join meetings whether they have an account or not.

Starting in Windows 10 Build 20221, Microsoft has extended this capability in Windows 10 by bringing Meet Now right to the taskbar. You can now easily set up a video call and reach friends and family in an instant by clicking on the Meet Now icon in the notification area (system tray) of the taskbar in Windows 10. No sign ups or downloads needed. 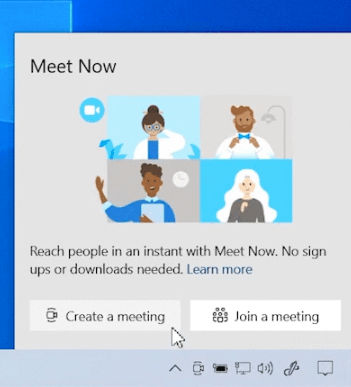 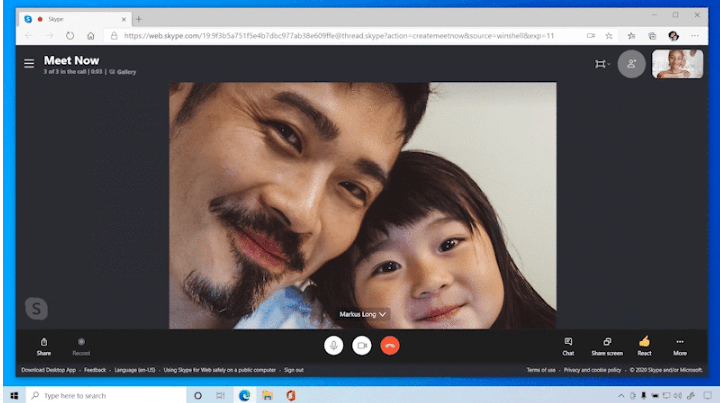 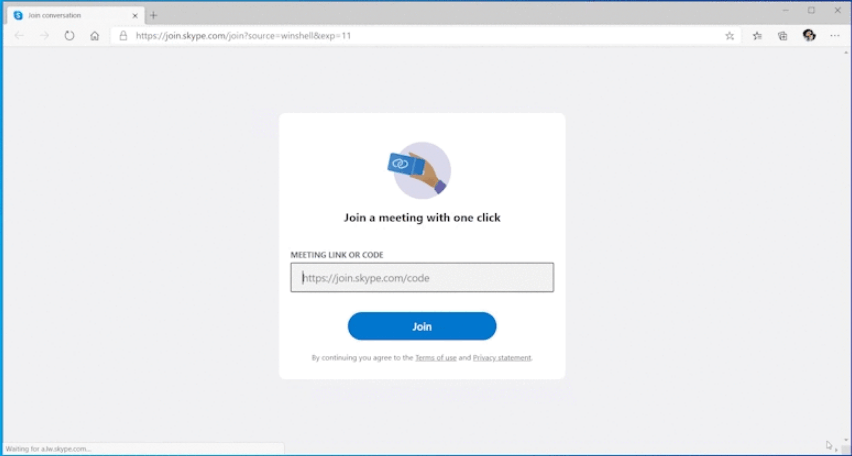 This feature is rolling out to a subset of Insiders in the Dev Channel at first, to help Microsoft quickly identify issues that may impact performance and reliability. Rest assured they will be gradually rolled out to everyone in the Dev Channel.