Microsoft has released a new Windows 10 build to Insiders on the Beta Channel. Windows 10 Build 19042.421 is notable for bringing the updated Start menu to the Beta Channel (formerly Slow Ring). Edge Tabs in the Alt + Tab dialog, and many other changes that were earlier available in the Dev Channel/Fast Ring.

Are you a multitasker? With this build, your tabs open in Microsoft Edge will start appearing in Alt + TAB, not just the active one in each browser window. We’re making this change so you can quickly get back to whatever you were doing—wherever you were doing it.

This feature requires a Canary or Dev build of Microsoft Edge (version 83.0.475.0 or higher).

We have another new feature we’ve been working on to make you more efficient when browsing the web: quick access to tabs for your pinned sites. Clicking a pinned site on the Taskbar will now show you all of the open tabs for that site across any of your Microsoft Edge windows, just like you’d expect for any app with multiple open windows. 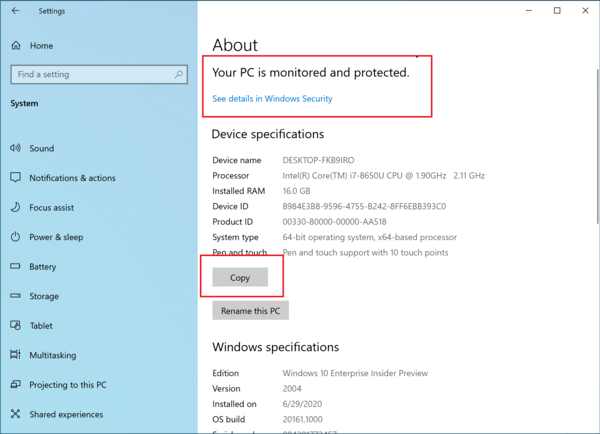 The Slow ring, now known as the Beta Channel, reflects changes that will be included in the upcoming feature release. Builds from this branch work more predictable and stable, but still not intended to serve as your primary operating system.

If you have configured your device to receive updates from the Beta Channel/Slow Ring ring, open Settings - > Update & recovery and click on the Check for Updates button on the right. This will install the latest available Insider Preview of Windows 10.