Microsoft releases minor update to Win 10 Fast Ring PC Insiders with 17074.1002. It comes with fixes for AMD CPUs, virtualization tweaks and more. The build has no new features.

The original version of Windows 10 Build 17074 was released on January 12, 2018. It features tons of new features and fixes. The complete change log can be found here:

The key changes of the release are as follows:

Today, Microsoft have released Windows 10 Insider Preview Build 17074.1002 to Insiders in the Fast ring. This build fixes the issue causing AMD PCs to become unbootable – which means developers have removed the block for AMD PCs they put in place last week. Also, the issue causing certain devices to hang on the boot screen after upgrading if virtualization is enabled in the BIOS is also fixed.

The build is available via the Windows Update service. 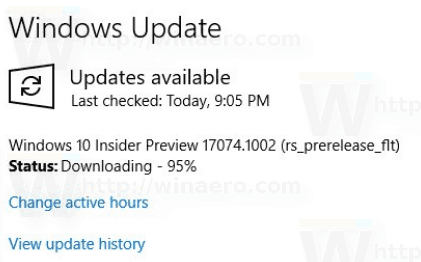