Microsoft today released Windows 10 build 14388 for Fast Ring Insiders. This build is part of Windows 10 Anniversary Update, version 1607 which is expected to be released on August 2nd, 2016. Before this date, Microsoft is trying to catch all bugs in the software. As excepted,  this new build comes mostly with bugfixes.

Windows 10 build 14388 comes with 44 bugfixes. Let's see in detail what is fixed and still broken in the released update.

If you are a Fast Ring insider, open the Settings app and go to Update & security -> Windows Update -> Check for updates to get this build installed. 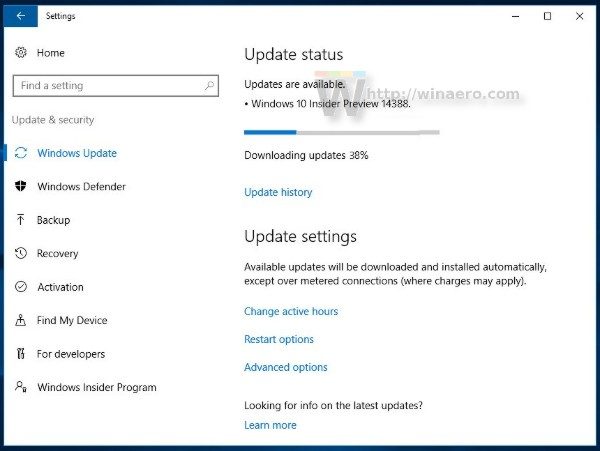