Windows 10 build 10565 is out. There are a number of changes in this build. If you are curious to know what is new in this build, read this article.


Microsoft now works on making continuous changes to Windows 10 so the experience changes in every build. Windows has completely switched to a new model of distribution - the OS-as-a-service model. There will be no new major versions branded differently but just updates to the existing software. Eventually, Windows may become a paid subscription, especially for enterprise customers. For consumers, it is not clear if it will be a paid subscription or an initial license cost must be paid once the 1 year free upgrade offer expires. You can read the following article for more details: Windows 10 has many new editions and a new branch-based update model.

Changes which appear in current Windows 10 Insider Preview builds are expected to be included in Threshold 2, the major update for Windows 10 RTM build 10240. The Threshold 2 update is expected in November 2015.

Minor changes appear everywhere in this build. This is the "About Windows" dialog: 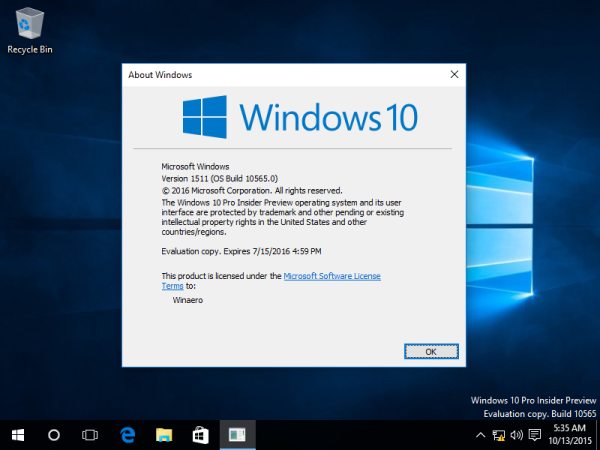 As we covered earlier in our article about determining the Windows build, the About dialog shows the OS version and the build number.

The following new features are bundled with this officially released build:

Microsoft claims the following bug fixes were made in build 10565. 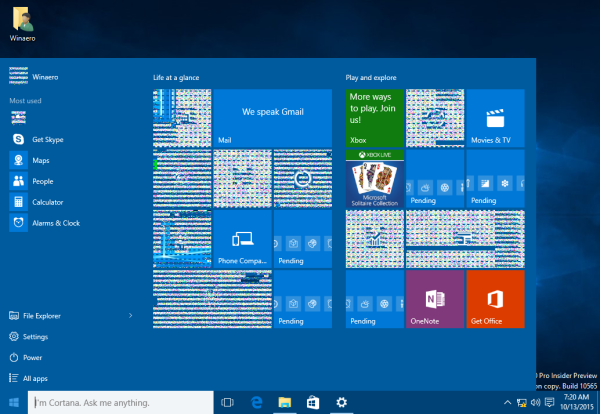 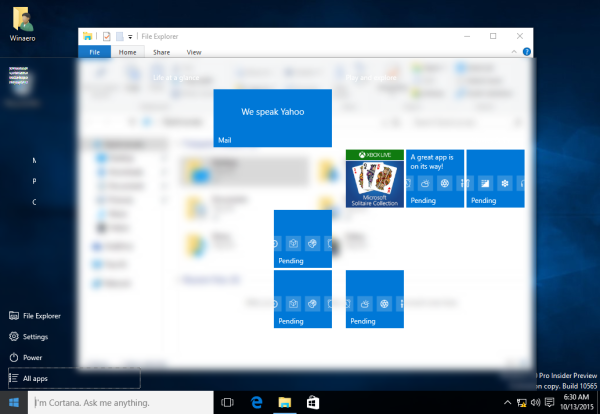 The whole Metro user interface flickers and disappears from time to time. I hope this is a bug which can be fixed, not some by-design change due to some hardware acceleration requirement in Windows 10, otherwise this OS will become unusable in virtual machines like already some of its components like Photo Viewer are.