A new build of Windows 10 was published by Microsoft for Windows Insiders. This time it is Windows 10 build 10547. Unlike previous post-RTM test builds which were boring, this one comes with some interesting changes.

As many users requested, it is possible to have more than three columns for Tiles in the Start Menu under a single group so two wide or two large tiles can be placed next to each other. A new option in the Settings app controls the additional column. To have four columns instead of three by default, you need to go to Setttings -> Personalization -> Start and turn on the option "Show more tiles" there. This is nothing new over Windows 8.1 though which automatically tried to fit more tiles depending on your DPI and resolution and had a "Show more tiles" option. 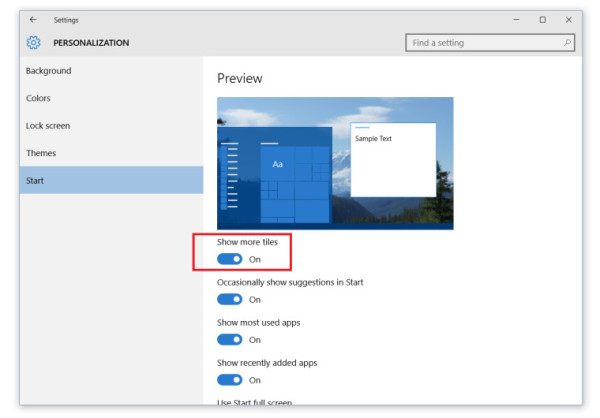 In Tablet mode, using Task View you can now snap apps to left and right, replace a previously snapped app with another (teeter) and swipe down to close an app. These are just some Windows 8 features returning which were removed. 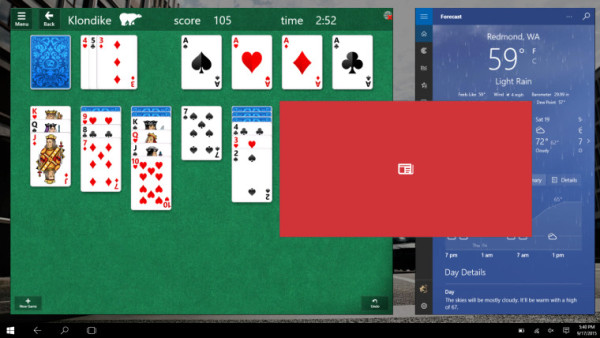 Some apps received updates. The Photos app adds a folder view to see your local photos and OneDrive folders. And many other apps such as Xbox, Groove Music, Mail and Calendar, and Maps have also received updates.

For developers, this build also includes a preview of Object RTC in Microsoft Edge. If you are familiar with WebRTC, it is a standard to enable real-time audio and video communications directly inside browsers without the need to install any plugins. However, WebRTC uses a Session Description Protocol (SDP) which is hard to parse and work with using JavaScript code. ORTC is an initiative involving Google, Microsoft and some other companies which replaces SDP with an object-centric API in JavaScript for greater flexibility in building real-time communications applications and features. You can learn more about how ORTC will work with Skype and Skype for Business over at the Skype blog, and developers can learn more about using these APIs at the Microsoft Edge Dev Blog.

The text input panel (touch keyboard) now expands as you write to provide more space in Latin languages. The text input panel also no longer opens automatically when you are not in tablet mode or have an external Surface keyboard attached. Additional punctuation support has been added to the suggestions bar to make entering punctuation characters easier. Lastly, improvements have been made to help the suggestions be more relevant.

Another big change is that you can now use Cortana with local accounts as well as with a Microsoft account!

Here are some things Microsoft fixed:

Have you downloaded this build? Do you notice anything else that is different? Let us know in the comments.