I just released a new version of my all-in-one free application, Winaero Tweaker. This release was planned as a major release, however, I could not code all the planned features because of lack of time. Anyway, this version comes with bug fixes and some really useful features you will love. 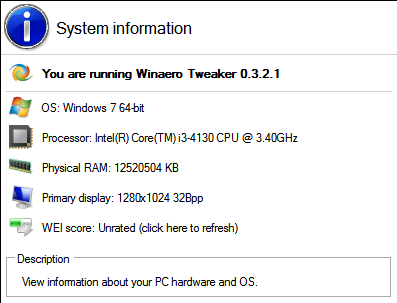 I have fixed some minor bugs in the app. Besides, I fixed "Disable Windows Update (method 2)" feature. It was not working in Windows 10.

The following features are new to Winaero Tweaker 0.3.2.1: