The new Start menu is something that long time Windows users are looking forward to in the upcoming Windows 10 operating system. Several images of the unreleased Windows 10 build 10114 have appeared on the internet. From the leaked images, we notice some changes which the Start menu is undergoing in Windows 10. 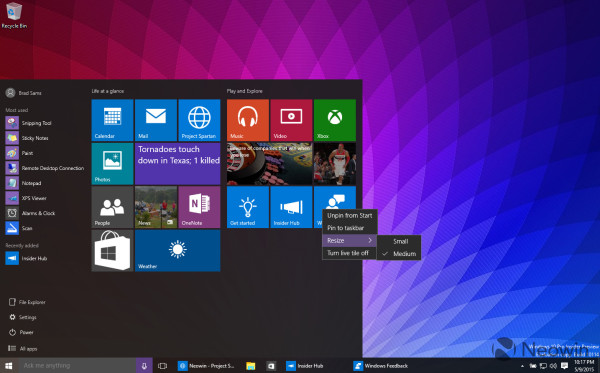 The File Explorer item as well as Settings and Power have been moved down next to the "All apps" button.

The button in the top right to make the Start menu full screen seems to have been removed. Instead, Microsoft has implemented a new option in the Settings app to make it full screen: 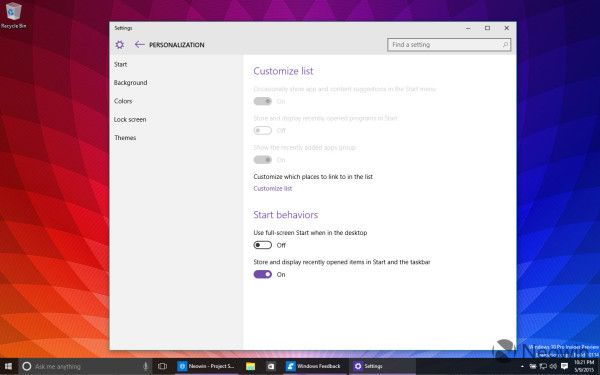 When fullscreen, the Start menu hides the left area behind a hamburger menu button so it looks similar to the Start screen in Windows 8.1 or Windows 8. 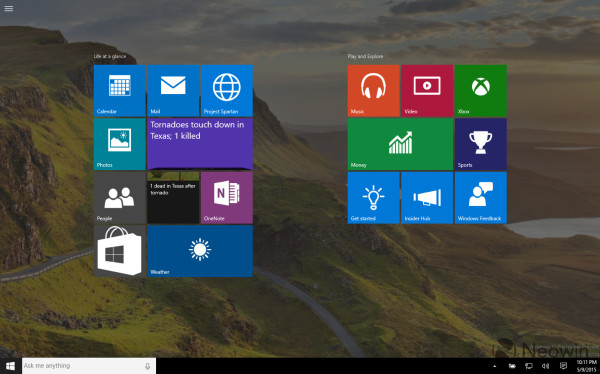 Besides these changes, Microsoft has added some customization. New options in the Settings app will allow the end user to customize the items displayed in the bottom left area of the Start menu. Items like Documents, HomeGroup, User profile folder and several other commonly accessed locations can be added to that area: 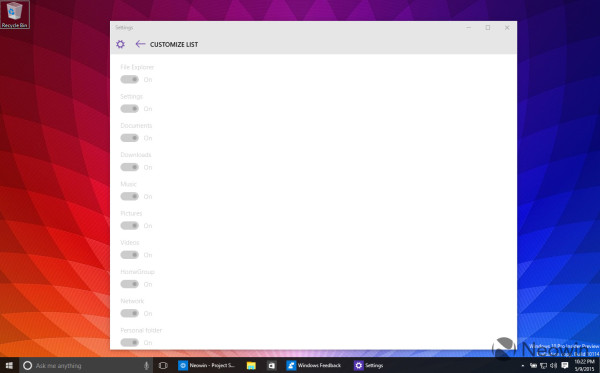 So, these are the changes to the Start menu in Windows 10 build 10114. Do you like them or do you prefer the classic Start menu from Windows 7/Vista/XP?  Personally, I think the previous Start menus had a more logical arrangement and more features. (via Neowin).