With Windows 10 Anniversary Update, Microsoft tried to get rid of the following long-standing issues:

To address these issues, Microsoft has made a number of changes to the operating system. With Windows 10 Anniversary Update, they improved the scaling of the non-client area of the application. Now app parts like title bars or scroll bars should look much better on High DPI devices. 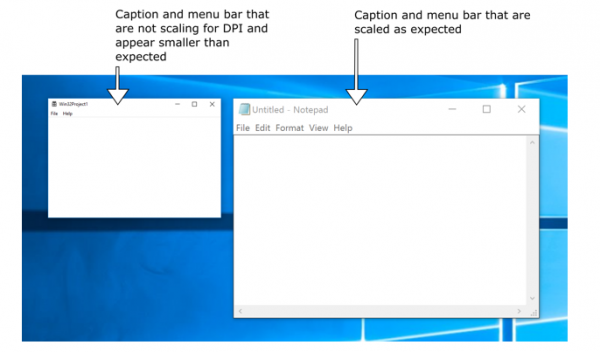 Windows 10 Anniversary Update also introduces a mixed scaling mode, where the app handles some scaling for specific windows and dialogs, but its other user interface parts rely on Windows DPI scaling. 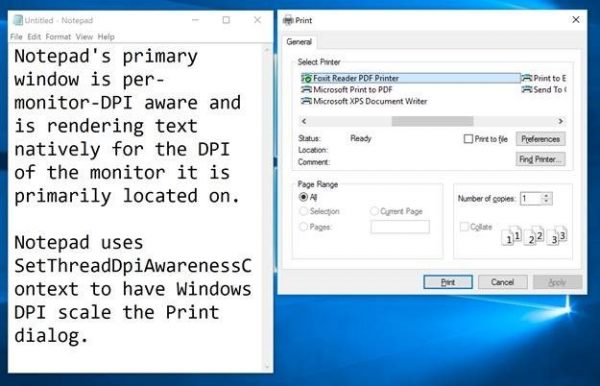 DPI scaling changes made by Microsoft should resolve issues when the app is moved between multiple displays with a different scaling factor. The DPI scaling changes included in the Redstone 1 release target mainly desktop apps, since Universal (Metro) apps have no scaling issues by design. Classic Desktop apps are more widely used and cannot be replaced by their Universal counterparts, so Microsoft must support them. Desktop apps are the main reason for the popularity of the Windows operating system.