The name for the upcoming "20H1" update to Windows 10 has made its first appearance. It looks like Microsoft is planning to use the wording "May 2020 Update" as the marketing name for this release.

The name "May 2019 Update" has been by Windows enthusiast Tero Alhonen who keeps a close watch on the OS, but it hasn't been confirmed officially by Microsoft. This name is currently used in PowerShell, referring to the upcoming release. 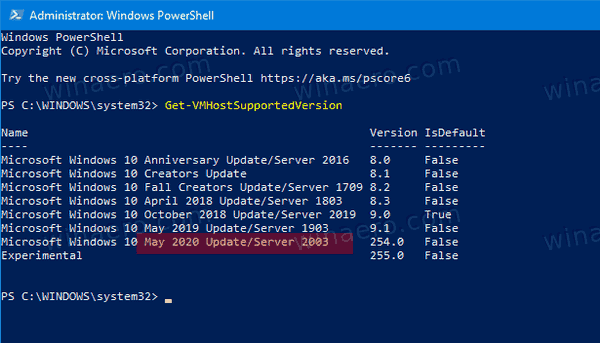 While this name is consistent with the current naming scheme of Windows 10 releases, it can change if Microsoft decides to use a more marketing-oriented name. As you may remember, PowerShell showed "Spring Creators Update" as the name for the then-current release some time ago, however, Microsoft eventually went with the name "April 2018 Update".

Windows 10 '20H1' will be a major update to the OS, bringing a new Cortana experience, passwordless logins, a new WSL version with a built-in Linux kernel, and a lot of other changes.

Thanks to Tero Alhonen and Nick.