Radionomy, the current owner of the Winamp player, today released Winamp 5.8 Beta. The app has recently leaked to the Internet. This new official release comes with a change log and a short note from the company.

Winamp is definitely one of the best media players available for Microsoft Windows. It has a long history, impressive popularity and still has plenty of users around the world. Unfortunately, the project started to lose its popularity due to AOL and their management policies. Winamp got a paid pro version, and there was no UI improvement for many years. Since 2013, there hasn't been a single release of the app.

The Winamp app was originally created and released in 1997 by Justin Frankel. Later in 1999, Winamp was sold to AOL. Finally, it was acquired by Radionomy in 2014, which is the current owner of the app.

Today, we have a new version available for download. The official home page states the following:

A leaked version of Winamp 5.8 recently spread over the Internet. Consequently, we have decided to make this new version available to you, revised by us.

We therefore recommend that you download this version rather than any other as we guarantee it is safe for you to use. 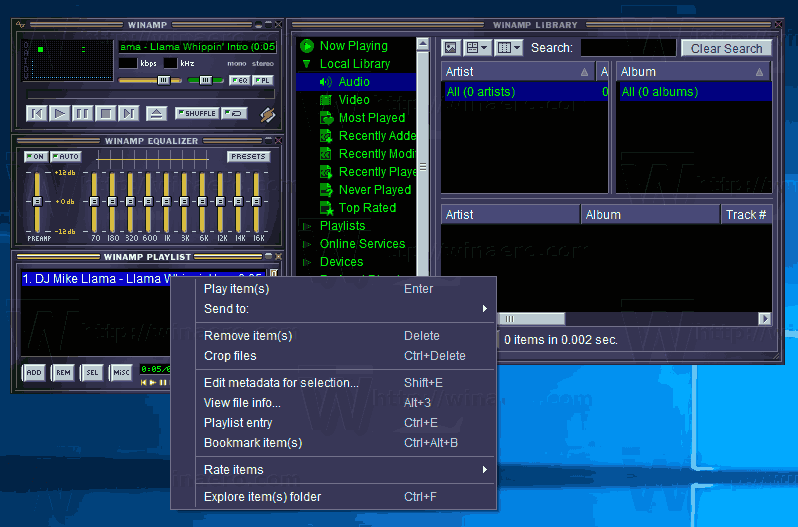 Sorry, no CD burning, autotag or cddb features yet.
No multinational version with lang packs yet either.