I am happy to announce a new version of my freeware app, Winaero Tweaker. Version 0.15 comes with a number of important fixes for users of Windows 10 version 1903, along with new features added for all supported Windows versions. 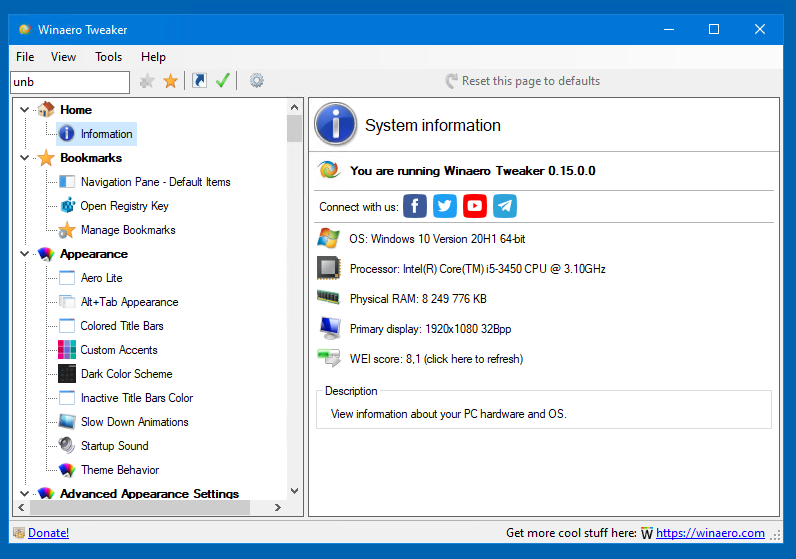 Contents hide
Update
Fixes for Windows 10 version 1903
Improvements and fixes for other Windows versions
New Features
Traditionally, I would like to say BIG THANKS to each and every Winaero Tweaker user. Your support, reports and suggestions are always helpful.

I've released version 0.15.1 here. It should fix the Startup Sound issue and the Compact OS removal procedure (see the comments). Thank you guys for your assistance!

Improvements and fixes for other Windows versions

Traditionally, I would like to say BIG THANKS to each and every Winaero Tweaker user. Your support, reports and suggestions are always helpful.

47 thoughts on “Winaero Tweaker 0.15 is here with fixes and improvements”