A few days ago, a new build of Windows 10, 9901, leaked to the Internet. Unlike previous Technical Preview builds, this build was not intended to be released to a wide group of testers. It is not possible to upgrade to this build via the Windows Insider release cycle. Nevertheless, the leaked build contains a lot of interesting changes that I would like to share here. 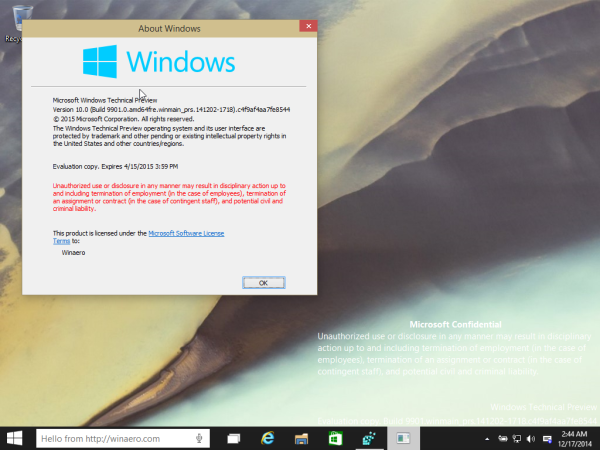