In Windows 10, you can use Emojis in the name of a file or folder. This can be done with the help of the built-in Emoji Panel feature, that allows picking any emoji you want. Here's how.

Emojis are smileys and ideograms used in apps, mostly in chats and instant messengers. Smileys themselves are a very old idea. Initially, they were implemented by static images and animated GIFs for web pages and instant messaging apps mostly. Modern smileys, a.k.a. "Emojis", are usually implemented in Unicode fonts and sometimes as images. They are supported by tons of apps on mobile platforms natively although in Windows Desktop apps, color emoji support is rare unless the app supports DirectWrite. Android, iOS and Windows starting with Windows 8 can render emojis via Unicode fonts.

Starting with Windows 10 build 16215, Microsoft has simplified the process of entering and finding emoji using a physical keyboard connected to your computer. 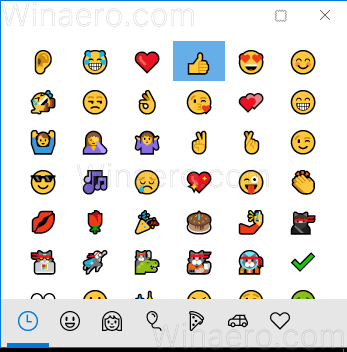 The procedure is covered in the article

Enter Emoji from Keyboard in Windows 10 with Emoji Panel

To use Emoji in Folder and File Names in Windows 10, do the following. 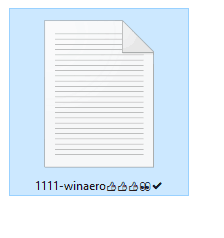 Note: It will be hard to access files and folder with emoji in names via the command prompt. With default settings, the command prompt app of Windows 10 can't render emoji properly. However, it is still possible to access them by using the name auto-completion feature. You can repeatedly press the Tab key until you see the file name you need. 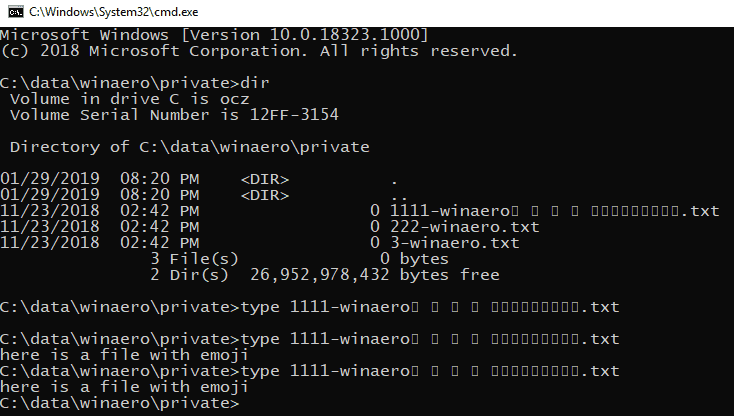 Tip: In File Explorer, which is the default File Manager in all modern Windows versions, you won't find a special button to rename files one after the other. However, it can still be done using the keyboard. See the following articles: