Windows Defender is the built-in security app bundled by default with Windows since Windows Vista. Although Microsoft claims that it offers only baseline antivirus protection, it's better to have to preinstalled and running than to have no antimalware at all. If you have Windows Defender enabled, you might find this trick useful to update it and then perform a Quick Scan with just one click.

It is possible to create a special shortcut to update Windows Defender virus signatures and then start a quick scan immediately.

This trick involves the console MpCmdRun.exe utility which is a part of Windows Defender and used mostly for scheduled scanning tasks and IT administrators.

The MpCmdRun.exe tool has a number of command line switches which can be viewed by running MpCmdRun.exe with "/?". However, there is an undocumented switch, SignatureUpdateAndQuickScan which is useful in our case.
To update Windows Defender and run Quick Scan with one click, follow the instruction below. 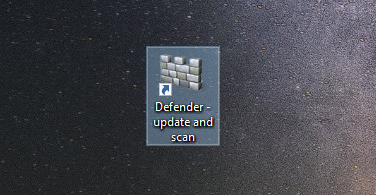 First, it will update its signatures: 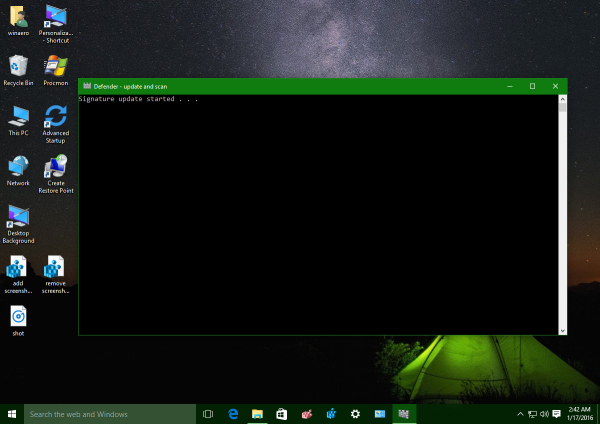 And next, it will begin a quick scan: 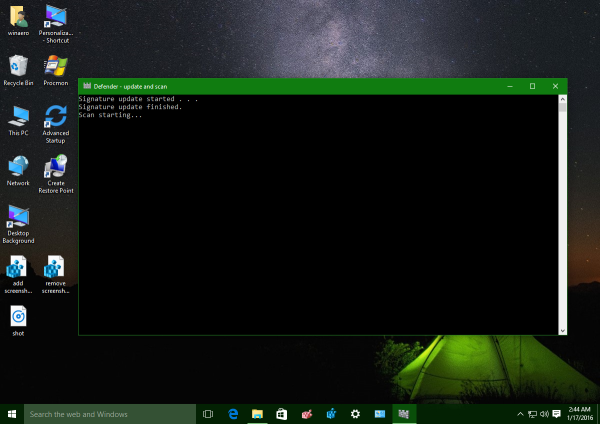 After it is finished, you will find the scan results in Event Viewer, inside Microsoft\Windows\Windows Defender\Operational Journal under the latest "Information" record: 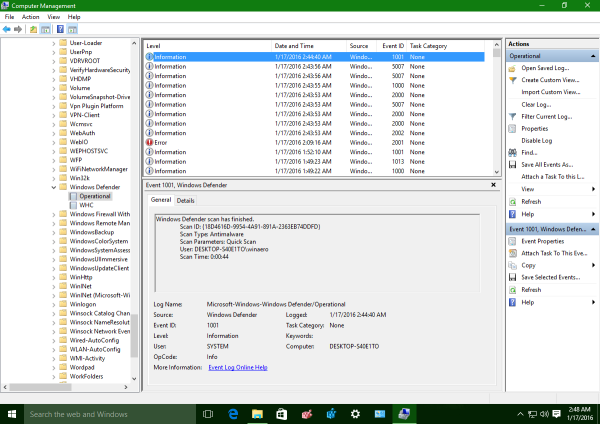 That's it. This trick works in Windows 10 and Windows 8. I haven't checked it in earlier versions of Windows. Now read: Enable Anti-Adware feature in Windows Defender.