Right now, Telegram Messenger is more popular than it ever has been. With the recent release of the Telegram Desktop client in the Windows Store, more and more users over the world find it a convenient alternative to WhatsApp, Viber or Facebook Messenger. The team behind it is also working hard on adding more and more features to all versions of the clients, including the Windows app. And the recent update to the app brings some features worth mentioning. 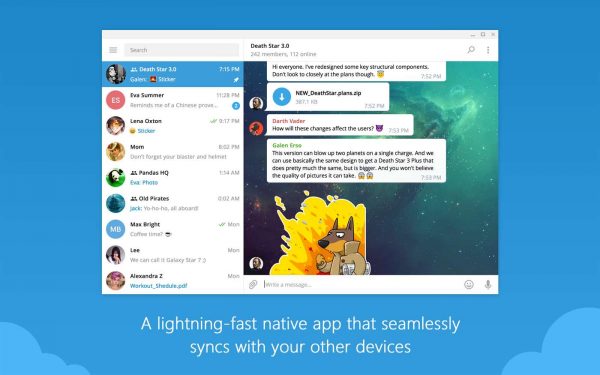 During the last weekend, Telegram rolled out a new version (1.1.7) to both Windows app versions (the classically distributed desktop client and the one published in the Windows Store). It brought improvements to voice and video messaging experiences and more.

Of course, the new update brings some under-the-hood changes and improvements that weren't mentioned in the official release notes.

You can get the latest Telegram Desktop version from either its official site or from the Windows Store.