To take a screenshot of a screen region in Windows 10, press Win + Shift + S keys together on the keyboard. The mouse cursor will turn into a cross sign. 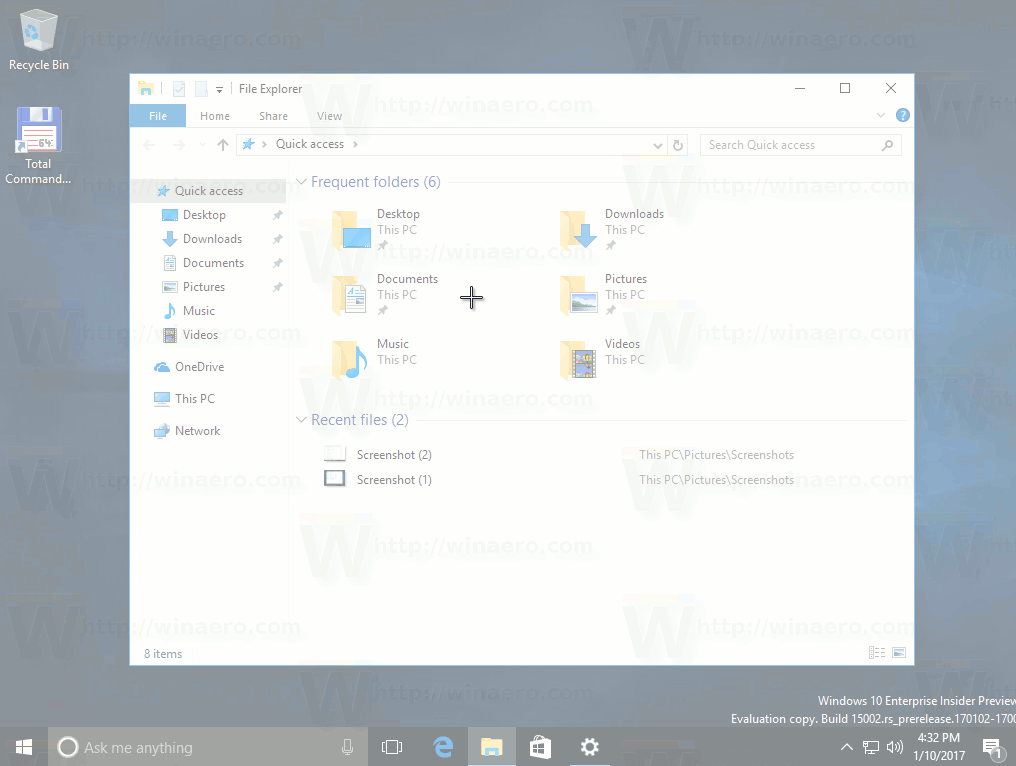 Select the area you want to capture and its screenshot will be taken and stored in the clipboard. 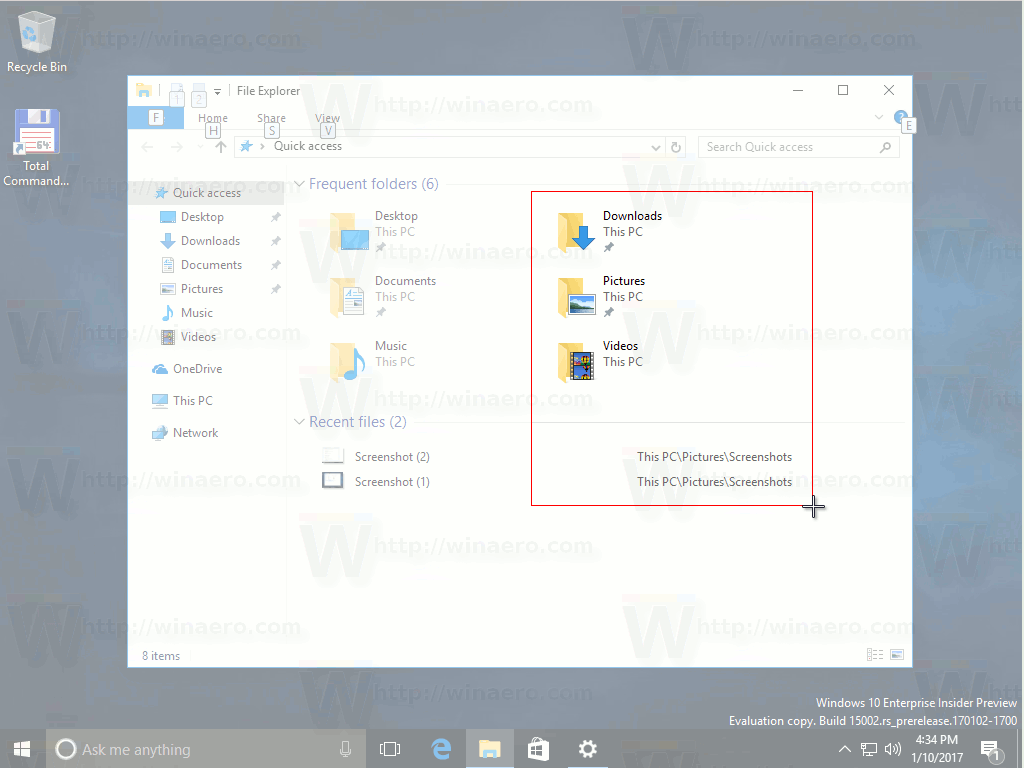 After you capture the screen region using the built-in feature of Windows 10, its contents will be stored in the clipboard. The operating system will not prompt you to save it to a file or open it in a program. Instead, you can open any app which supports image editing and paste your screenshot there.

For example, I can paste my screenshot of the selected region in Paint: 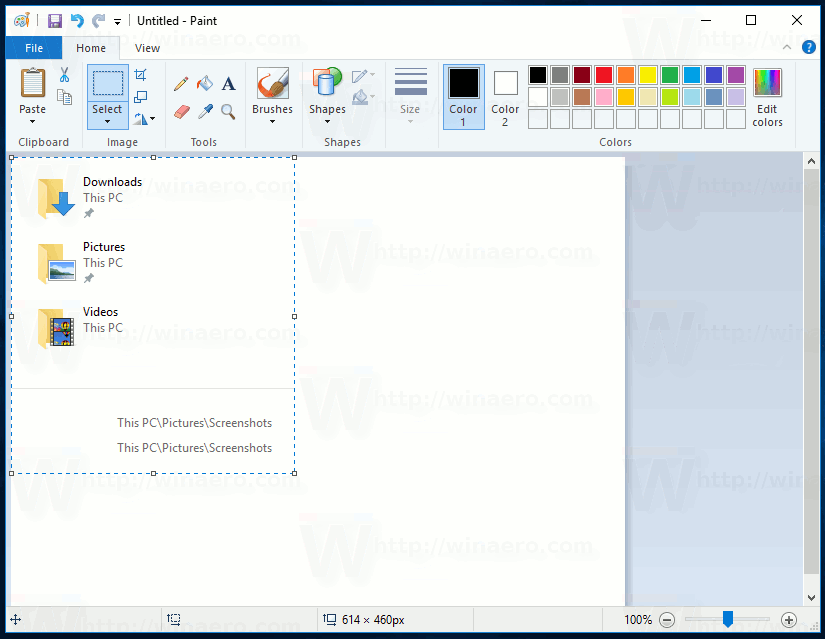 Or you can paste it into a WordPad document, Microsoft Word or any other modern word processor. 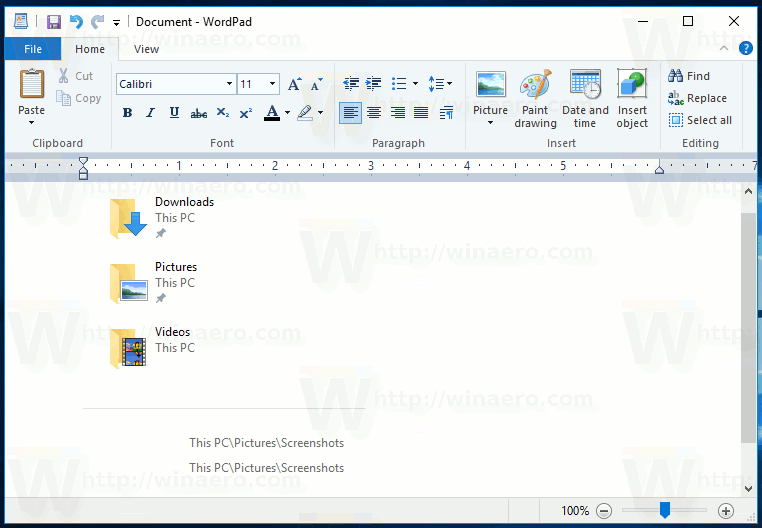 Tip: See How to reset screenshot index number in Windows 10.

So, Windows 10 offers you several ways to take a screenshot without using third party tools.

I wish Windows 10 would get the ability to save the captured screen region directly to a file, like Win + Print Screen does. Considering that Windows 10 build 15002 is a preview build, future releases might allow users to do that. The behavior of this feature can be improved in the final version of Windows 10 Creators Update. Now we just have to wait till April 2017 when it will be finalized.