Starting with build 15002, it is possible to create a shortcut to capture a screen region in Windows 10. Thanks to the improvements made in Windows 10 Creators Update, this can be done without using third party tools.

This is possible thanks to the updated Snipping Tool app. Snipping Tool in Windows 10 Creators Update supports a new command line switch "/clip", which makes it go directly to the region capture mode.

To create a shortcut to capture a screen region in Windows 10, right-click the empty space on your Desktop and select New - Shortcut in the context menu. In the shortcut's Target, type or copy-paste the command snippingtool.exe /clip and finish the shortcut wizard. You are done. 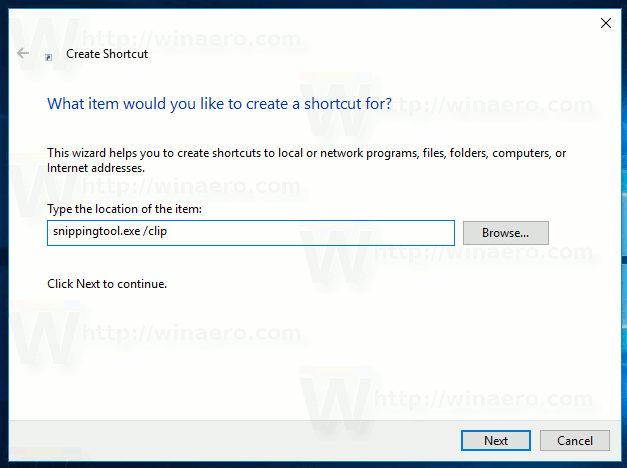 You can specify a custom icon or set any desired name for your shortcut. 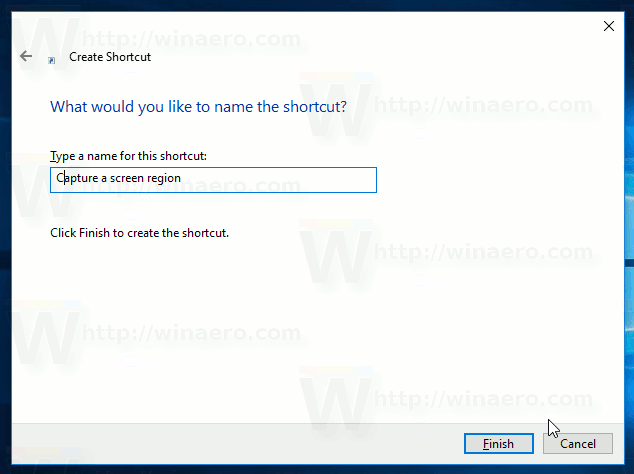 Once you click it, you will be able to select a region which will be immediately copied to the clipboard. You can open any app which supports image editing (like Paint) and paste your screenshot there.

This ability has been officially announced by Microsoft in the change log of Windows 10 build 15002. The ability to capture part of the screen with Win + Shift + S shortcut keys is a new feature of Windows 10 Creators Update.

If you open the Process Monitor app, you can easily see that when you press the mentioned hotkeys, Windows 10 starts Snipping Tool with the /clip switch. Start Process Monitor and add the column "Command Line" to the set of columns: 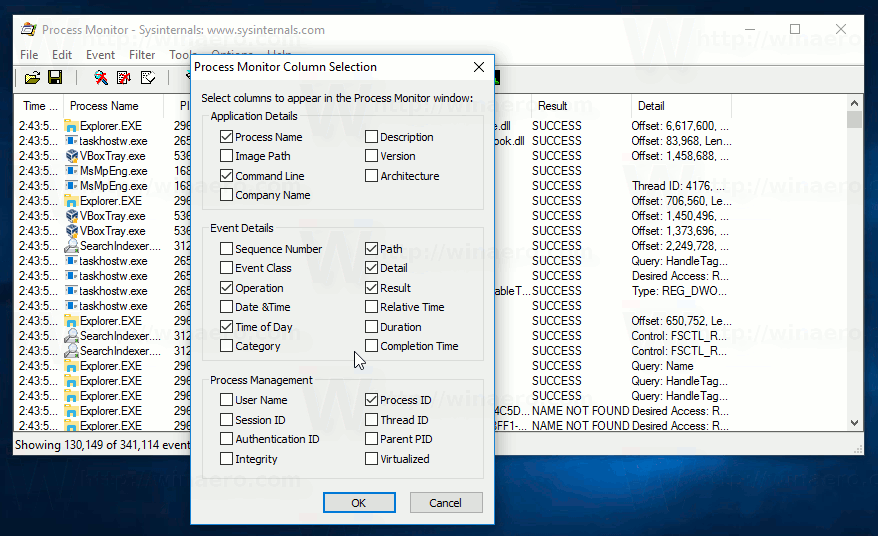 Do not specify filters and you will see it for yourself. 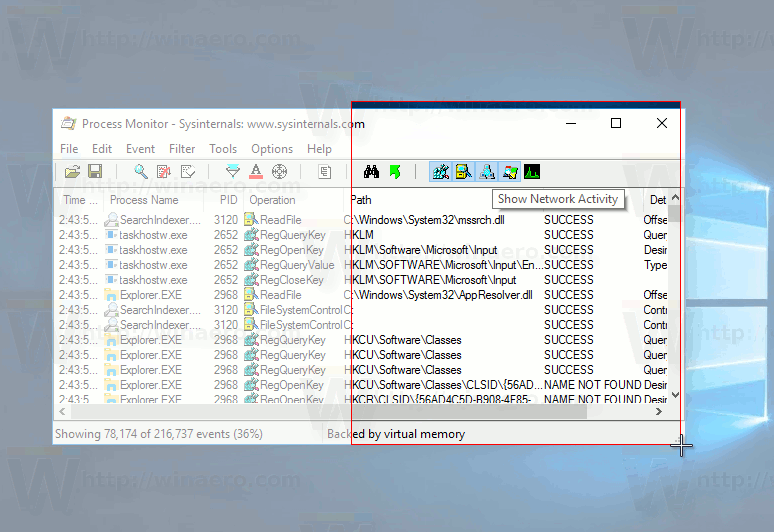 Once you take a screenshot of a screen region, press CTRL + E in Process Monitor to stop event tracking. Now you can inspect the output and find the SnippingTool.exe file in the log.

The Details tab of Windows Task Manager will also show the /clip switch for SnippingTool.exe under the Command Line column, but it will disappear quickly. Task Manager has no log option for processes.

So, that's how you can create a Desktop shortcut to do a capture of a screen region with one click.

I wish it would get the ability to save the captured screen region directly to a file or open it in an image editor like Paint to save the user's time. Anyway, it is a great improvement in Windows 10 Creators Update which makes it more attractive for the end user.