In Windows 10 build 9978, Microsoft implemented a Start menu, which could be resized by the user and showed installed apps along with Live tiles. Also, the user was able to switch between the Start screen and the Start menu using a checkbox in the Taskbar Properties dialog. However, in the recently released Windows 10 build 9926 there is again a new Start menu, formerly known by its code name "Continuum". It replaces the previous version of the Start menu for now. In this article, we will see how to switch between the old Start menu with the Start screen and the new "Continuum" Start menu.

Before you proceed, you must know that the "Continuum" Start menu is enabled by default intentionally. Microsoft wants you to test it. At this moment, it is very slow and buggy compared to the previous resizable menu. If you want to continue using the previous Start menu version in Windows 10 build 9926, do the following:

You are done. Open the Start menu.
Before: 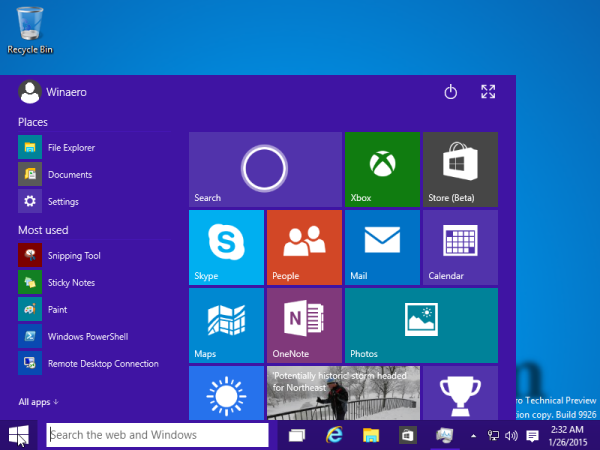 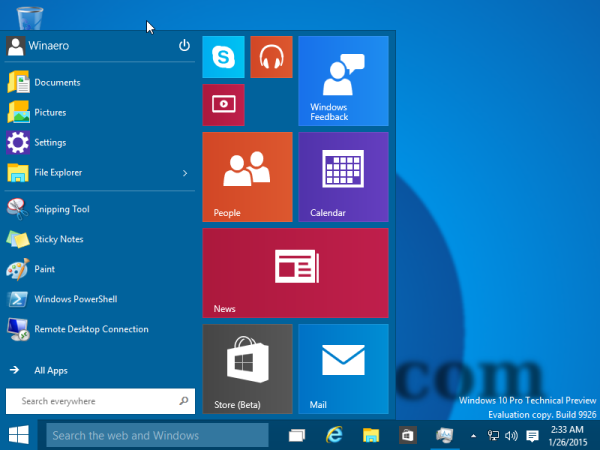 This will also restore the ability to switch between the Start screen and Start menu via Taskbar Properties: 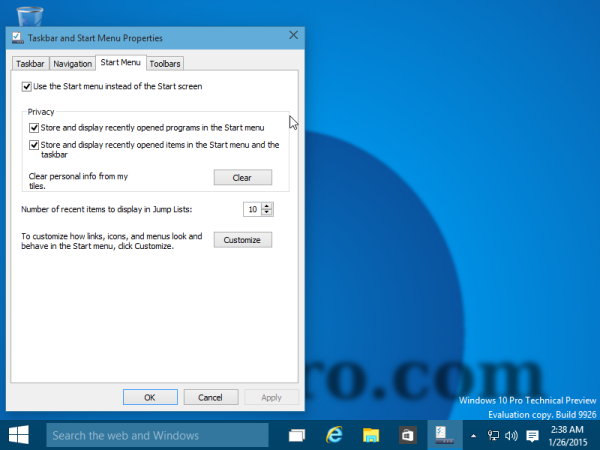