As you may already know, Story Remix is an evolution of the Photos app that makes it easier than ever to relive your memories and introduces video story creation from your photos and videos. This feature has been planned for Windows 10 Fall Creators Update, but won't be shipped with the OS. Instead, it is coming to "Redstone 4" preview builds for Insiders. It looks like Microsoft is going to limit some 3D effects, music and text styles to Office 365 subscribers. 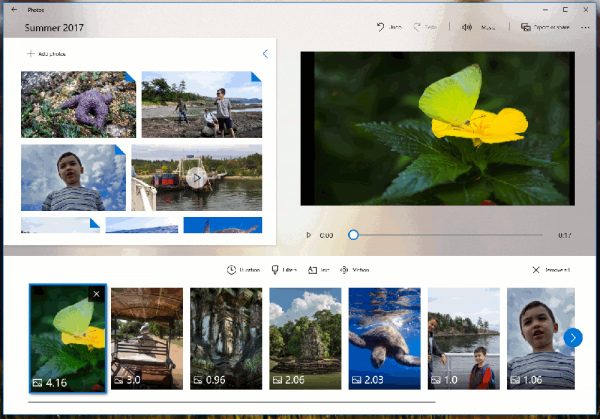 While the Story Remix feature itself is already available to both Windows Insiders and users on the stable branch, one of its coolest features will only arrive to Insider program members with Redstone 4. Story Remix 3D is supposed to allow users to add 3D objects and use advanced effects on them, just like in the demo from Build 2017, where a soccer ball was replaced with a fireball.

The latest information reveals that Microsoft is going to ship a set of free 3D effects to all users. However, the full set of all the 3D effects will be available to Office 365 subscribers only. 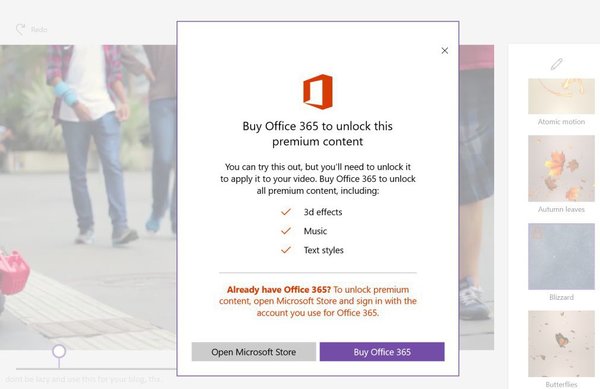 What do you think about this move? Don't you think that 3D effects are hardly worth restricting as a premium feature in a subscription plan? Tell us in the comments.

5 thoughts on “Some Story Remix 3D Effects Could Be Paid”