A number of reports on the web indicate that a regression in the Edge 109 code breaks its printing feature. It affects all supported platforms, including Windows 10 and all versions of Windows 11. Edge 109 was released just a few days ago. Here's what makes is stall when you press Ctrl + P and how to fix it.

In a typical Microsoft's fashion, the issue is exclusive to Edge. Edge 109 has been released a few days later after Chrome 109, but the latter isn't affected. While both browsers share the underlying code base, the bug has somehow landed in Edge's print UI.

Obviously, it is a minor bug, and it is easy to workaround it while waiting for the official fix.

How to Fix Printing in Edge 109

This workaround is suitable for those who cannot rename the printer. E.g. it is a domain printer that is managed by your system administrator. In this case, you can simply press Ctrl + Shift + P, so Edge will open the system Print dialog. Luckily, it is not affected by the bug. 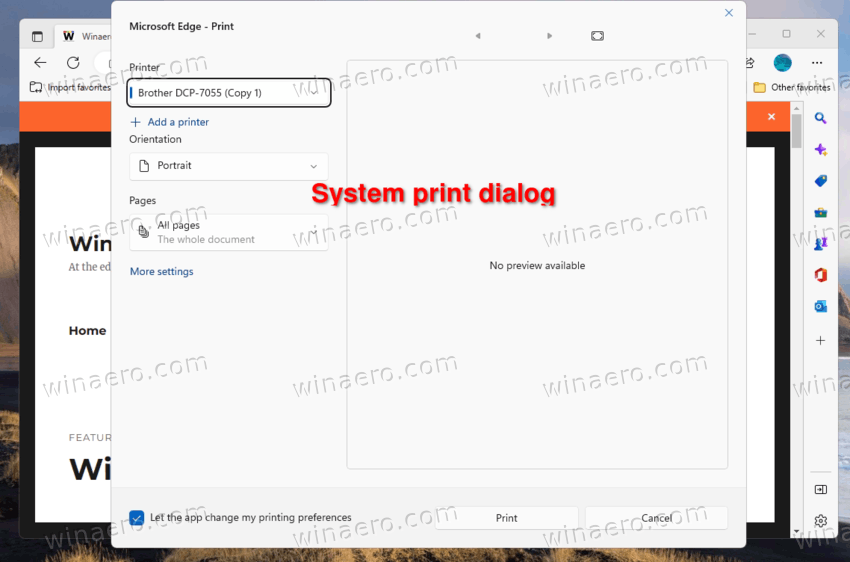 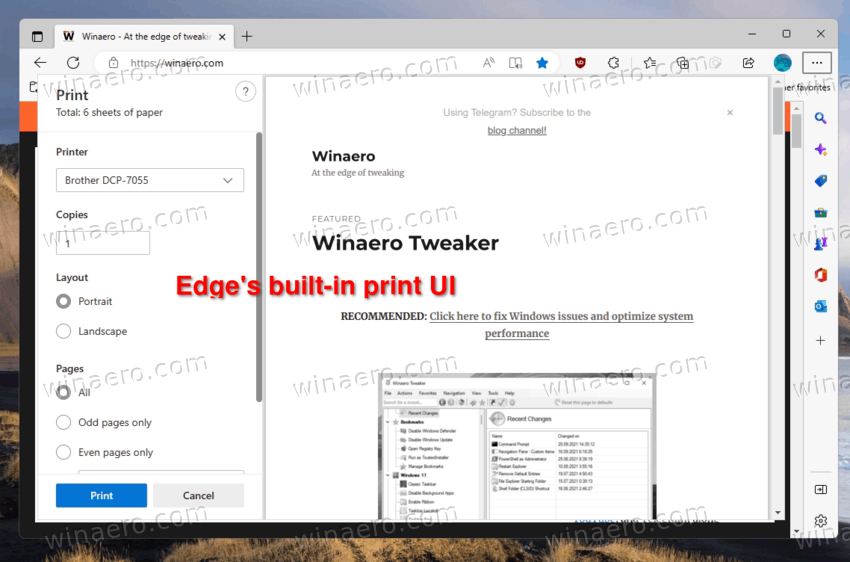 Otherwise, you may prefer to rename the printer and remove any special characters from its name.

You are done. From now, you will be able to print from Edge 109.