Developers behind the MATE Linux desktop environment, which is based on Gnome 2 and provides a similar look and feel, announced some interesting changes they are making to future versions of MATE. They have improved touchpad and display settings as well as power management for this excellent desktop environment.

Users who are on Linux for a long time need no introduction of MATE. It inherited all functionality from its parent project, Gnome 2. It is relatively lightweight, fast and customizable. MATE is one of the two desktop environments developed by the Linux Mint team. MATE comes as the default DE in Linux Mint MATE edition.

Developers are constantly improving MATE. This time, they have added several new features to its Touchpad configuration. It has got support for 2-finger and 3-finger clicks as well as natural scrolling. Note: the "natural scrolling" feature is how you scroll on smartphones: by scrolling "upwards", you move the page up and therefore bring a portion further down into the viewport. This method is an inverted scrolling compared to how you traditionally scrolled on touchpads. 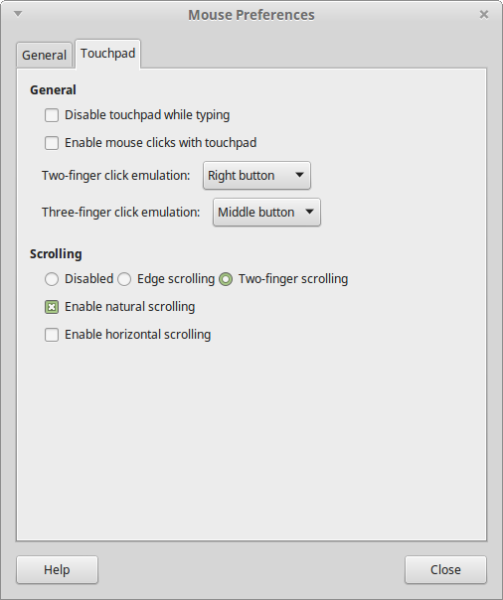 Besides this, they have added the following improvements: