The popular Firefox browser is available in many different editions. Every edition has its own release channel and has different features, stability, target audience and OS and add-on compatibility. While it is possible to install different Firefox versions in one OS, they all try to use the default browser profile, as a result of which they can't run simultaneously. This lead to crashes, profile corruption and inconveniences.
In this article, we will see which versions of Firefox are available and how to run them simultaneously.

Mozilla Firefox has the following editions:

There are few other release channels, e.g. ESR - the Extended Support release, which is created for organizations and has long periods of support - about a year. It gets only security fixes, i.e. not every UI change will come to ESR quickly like in the stable release channel. To track Firefox development, you need be familiar with the list of versions mentioned above.

You are done.
Now you can run all three Firefox versions instantly: 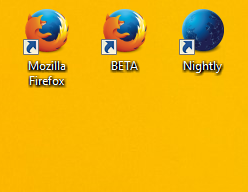 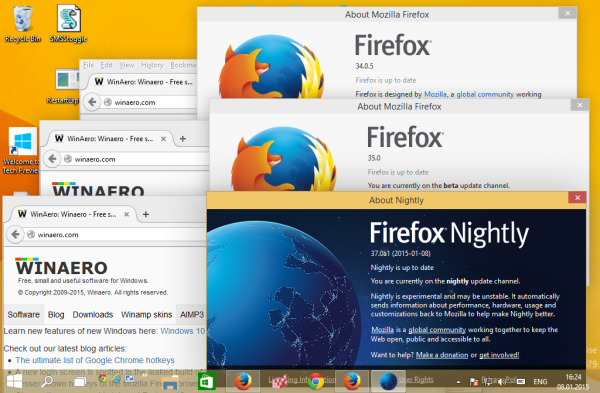 Warning! Do not set Nightly or Beta as your default browser! Check "Don't ask me again" and click "Not now" when prompted: 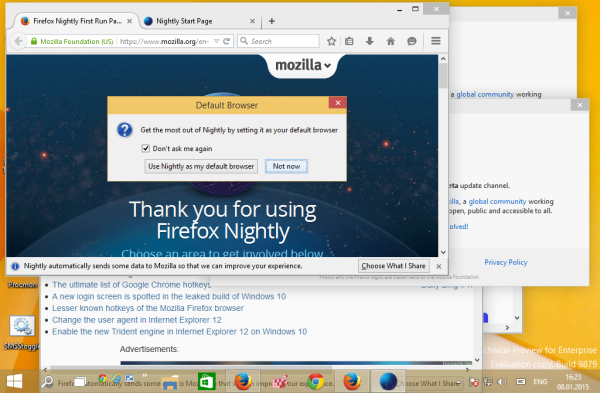 That's it. Tell us which Firefox version you prefer and why in the comments.