Do you know that you can start an application hidden in Windows? Sometimes you need to because some apps can run in the background doing their task without interrupting your workflow. You might want to run an app hidden from a batch script, let it do its work and not show any window. In this article, we will see all ways to run a program hidden in Windows 10.

There are several ways to start an application hidden in Windows 10. It can be done without third party tools and with the help of some useful third party tools. Here are the easiest ways to do it.

In the article, we will hide Notepad as an example. You can use the same method to hide any other app you want.

Open your favorite text editor and paste the following text.

Save it to a file with the .VBS extension. When you double click it, it will start Notepad hidden. 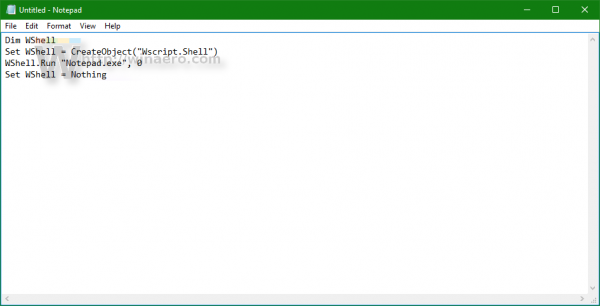 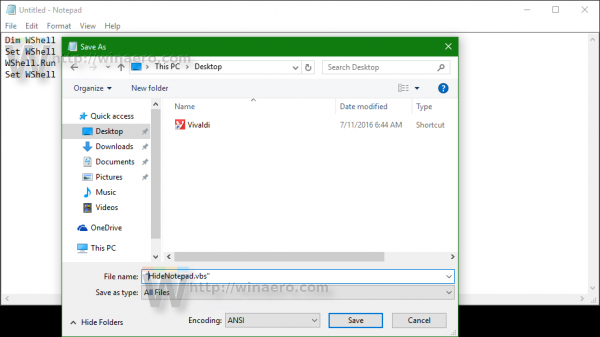 To call it from a batch file, execute it as follows: 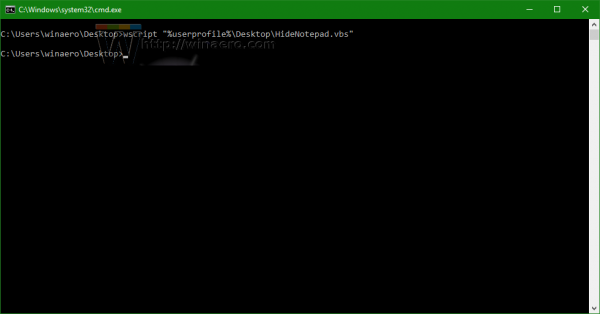 Here, the Run method of the Wscript.Shell object runs a program in a new process. The second parameter is 0, which tells it to run the application hidden.
If you need to run an application with some command line arguments, the syntax is as follows:

If the application path contains spaces, add quotes to the beginning and to the end of the path. For example: 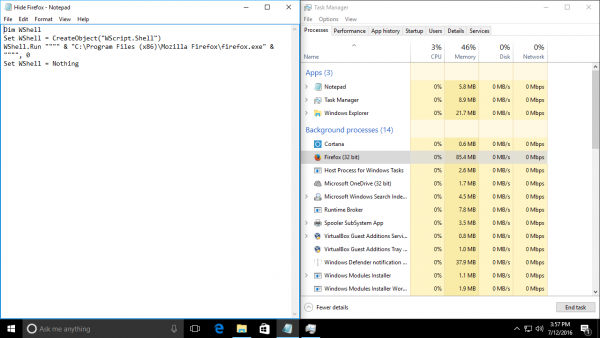 You can verify that the app is running by opening Task Manager. You will see Notepad.exe running but no window will be shown for it. 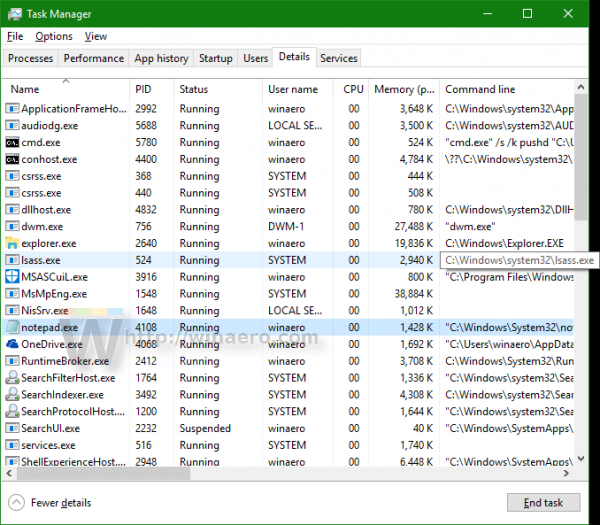 PowerShell in Windows 10 and earlier versions comes with a built-in cmdlet Start-Process which can be used to start programs hidden too.
The syntax is as follows: 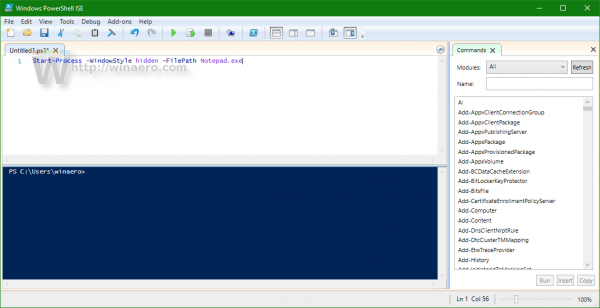 If you save this text in a file with a .PS1 extension, then you can call it from a batch file as follows: 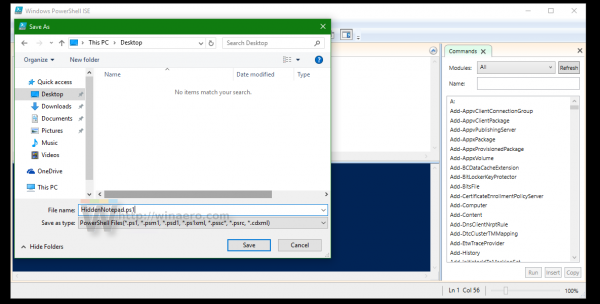 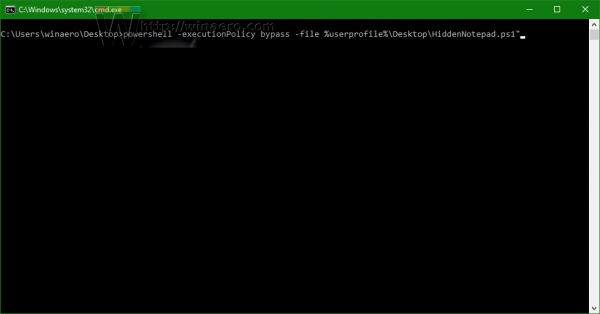 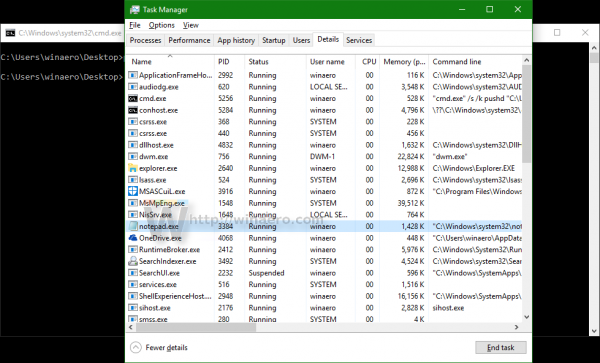 NirCmd by NirSoft
NirCmd is a powerful console tool which can do a lot of useful tricks. One of its options is the ability to start a process hidden.
The syntax is as follows:

That's it. If you use some alternative way to start an app hidden in Windows 10, feel free to share it in the comments.

15 thoughts on “Run a program hidden in Windows 10”