Yesterday, Twitter rolled out a new design for the majority of their users. The new design features rounded corners everywhere: on buttons, on user images, and on borders. Some users like the new design. Others are not happy with this change. Here is a quick hack which will allow you to revert to the old design in Twitter.

Twitter is a popular social network which allows posting short messages. The length of the post is only 140 characters, excluding links and images. Twitter is used by millions of people, including celebrities and public figures to share what's on their mind, useful information and announcements, and various personal events. Twitter supports private messaging, user mentions, emojis and hotkeys. Besides the web site, users are able to use it via a number of Twitter clients available for all major platforms.

The updated user interface of Twitter looks as follows: 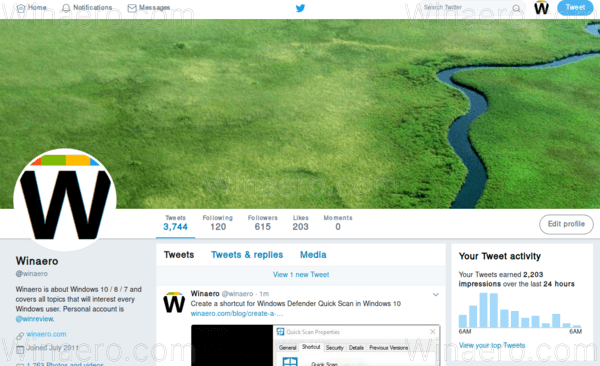 And here is how the old one looks. 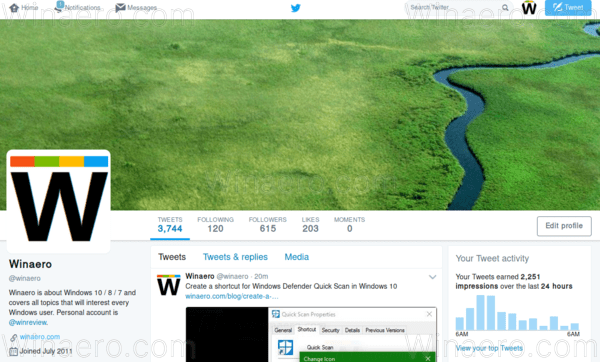 To revert the new design of Twitter, you can do the following.

To revert Twitter's UI permanently to the classic one, there are two extensions you can use.

For Chrome and Chromium-based browsers like Vivaldi or Opera, use the following extension:

For Firefox, use the following add-on:

Add-ons are released under the MIT license. The source code is available on GitHub HERE.

Credits for the discovery of these tweaks and the software go to Twitter user @dangeredwolf. He discovered the trick and made these extensions. His input is really valuable, since Twitter has no native option to switch between the old and the new design.

So, what do you think about the new design of Twitter? Do you prefer it over the old one or do you find the classic look more attractive? Tell us in the comments.

5 thoughts on “How to Revert the New Design of Twitter”