Notepad is a simple text editor for Microsoft Windows. It has been included in all versions of Microsoft Windows since Windows 1.0 in 1985. It is suitable for users who occasionally perform basic text editing. Advanced users and programmers often use more powerful third-party apps like Notepad++, Geany, Sublime Text, and others. Here is a trick that will allow you to replace Notepad with Notepad++. It works in all Windows versions, including Windows 7, Windows 8.1 and Windows 10. 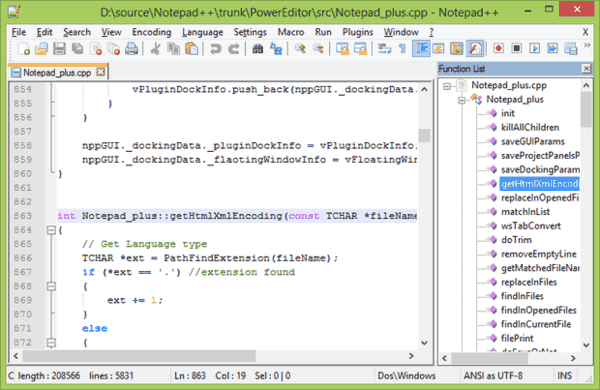 For plenty of users, Notepad++ needs no introduction.

The developer of Notepad++ has implemented a nice addition to the app. Starting with version 7.5.9, it is possible to make Notepad++ replace the built-in Notepad app.

There is a special value "debugger" that you can specify in the Windows Registry to make Windows start any app instead of the original app. This ability was created specially for developers to debug problems, but it can be useful in many other cases. Some examples:

Notepad++ v7.5.9 can be used as the 'debugger' for the Notepad app. In fact, you could also use previous versions of the app as the debugger for Notepad. However, older versions were opening the Notepad.exe binary in a tab along with the target file. Notepad++ v7.5.9 resolves this issue.

Replace Notepad With Notepad++ in Windows

The new options -notepadStyleCmdline and -z of Notepad++ do the trick.

You can get the app here:

17 thoughts on “Replace Notepad With Notepad++ Using This Trick”