With recent Windows 10 builds, a new process appears in Task Manager, named just "Registry". If you are curious what it is, here are some interesting details.


The new Registry process can be spotted in Task Manager in Windows Insider builds after 17063. Some Windows 10 users may be concerned about it, however, they shouldn't. It is a new system process in the OS.

If you have installed Windows 10 build 17063 and above, open the Task Manager. The process appears under the "Background process" section in the app, as follows: 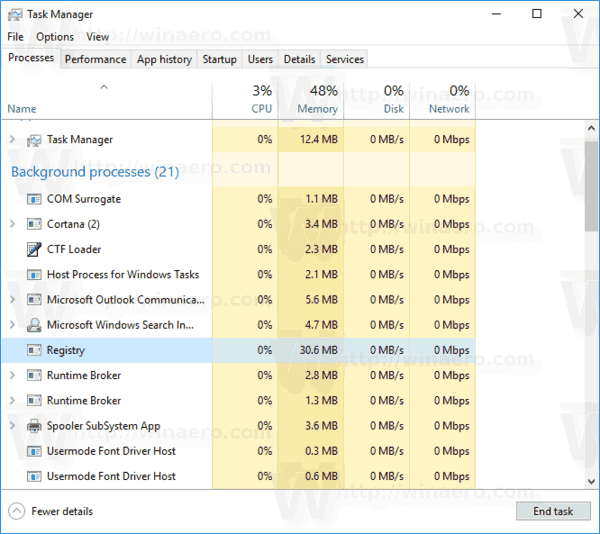 The same entry is visible on the Details tab. 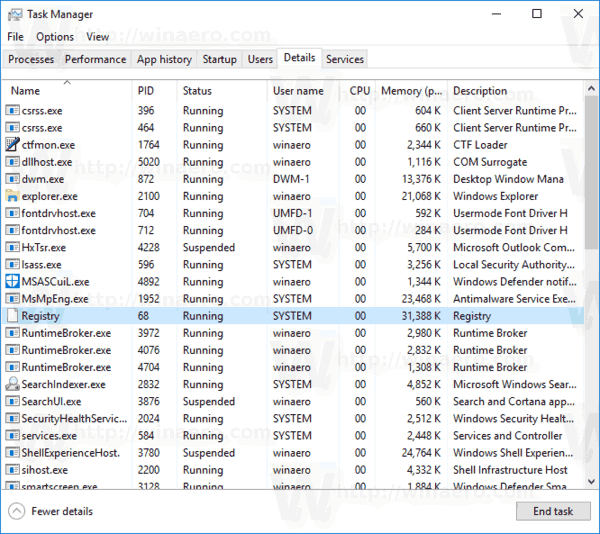 The Task Manager app doesn't offer any details about what this process does. But the change log for Windows 10 Build 17063 sheds some light on this new entry.

What is the Registry process in Windows 10

As you may already know, the Windows Registry is stored in a number of files. They form a database with a hierarchical structure. Windows reads it during startup, and the OS and various software read and write its options there continuously as the OS is in use.

The Registry process is an architectural change introduced by Microsoft to store some information about hives and branches in memory for faster access and more effective memory management. In the future, they claim that this will allow for reduced memory consumption of the Registry.

Storing registry hive data in the registry process gives the registry access to more powerful memory management capabilities which will allow us to reduce the registry’s memory usage in the future.

So, it is a native system process. You should consider it as a new feature of Windows 10, and not worry about it.