Winamp is definitely one of the best media players available for Microsoft Windows. It has a long history, impressive popularity and still has plenty of users around the world. Unfortunately, the project started to lose its popularity due to AOL and their management policies. Winamp got a paid pro version, and there was no UI improvement for many years. After 2013, it was discontinued. However, there is new hope shining on the horizon.


Being a big fan of Winamp, I was happy to discover that Winamp 5.8 Beta is almost on its way. The new owners behind the project are working to release a new version. Unfortunately, they are not a big team for now, but still Winamp is not dead! 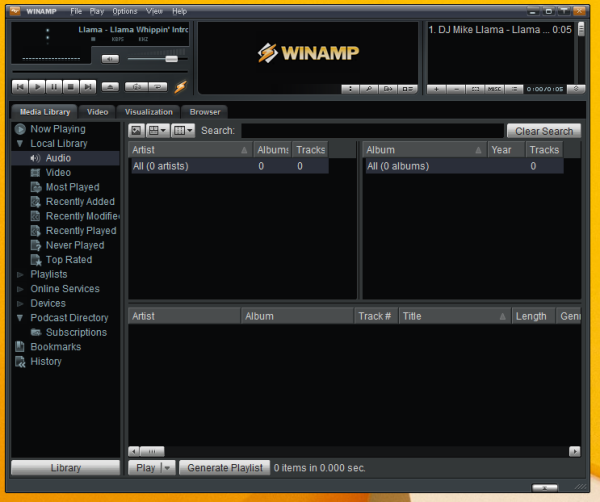 Eddy Richman from the original Winamp team is continuing his hard work to keep our favorite player alive.

Update: So a Winamp 5.8 public beta release could be imminent. It's far from ready, but is certainly usable :-) #Winamp #ItLives

Some details of the development have become known. Code from patented technologies and cross-licensed code has been cleaned up. This means Winamp can become 100% free, without a Pro version with all features unlocked out of the box. This will affect MP3 and AAC decoders, the CD ripping feature and the H.264 decoder.

If you are fan of Winamp like me, we can expect something to play with in the near future!

If you are interested in Winamp vNEXT, you can track the following thread at the official forum.

While the official site is still in development, I have collected some nice stuff here. Using the link below, you can download the last version of Winamp which was available to the public, including Winamp 5.6.6.3516 stable and Winamp 5.7.0.3444 beta.

Are you waiting for a newer version of Winamp? Which features do you expect to see in it?