Popcorn Time is a popular app for watching films using peer-to-peer / torrent broadcasting. Initially released for Windows, Linux and OS X, Popcorn Time was quickly ported to major mobile platforms. However, many copyright holders considered such way of media redistribution as illegal, so the app is constantly under scrunity and legal attacks, and its open source GitHub repositories and forks were closed many times.


Popcorn Time combines a torrent list with the special API and metadata database, so the user will not have to wait till media content is downloaded to his device. Instead, the user can start watching the content immediately.

How does Popcorn Time work? Its developers have created a huge database of films available on popular torrent trackers and made a user friendly user interface to manage it. As a result, the software is very useful and simple, and its content can compete with even NetFlix.

Due to a risk of being sued by Hollywood, MPAA and other media companies, its developers had discontinued and closed the project. However, third-party developers created many forks immediately and Popcorn Time has been able to survive for more than a year now. 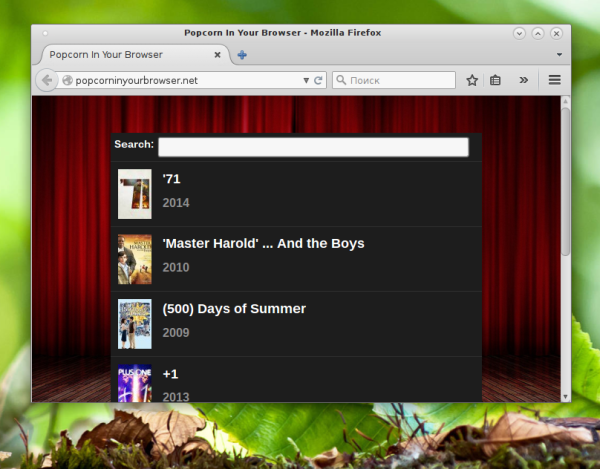 So, if you are a user of the Popcorn Time app or one of its forks, you can switch to that web site and watch your favorite movies right in the browser.

Since it is a website, it is likely to be closed any time so enjoy it while it lasts. Note: At Winaero, we do not condone piracy and if you can afford to pay for copyrighted content, you shouldn't pirate it.