As you may already know, Windows 10 is getting a new appearance for built-in Universal Windows Platform apps like People, Calculator, etc. They are powered by a new design language "NEON" and have new transition effects and transparency with blur. You have a chance to try out these apps in the stable branch of Windows 10. 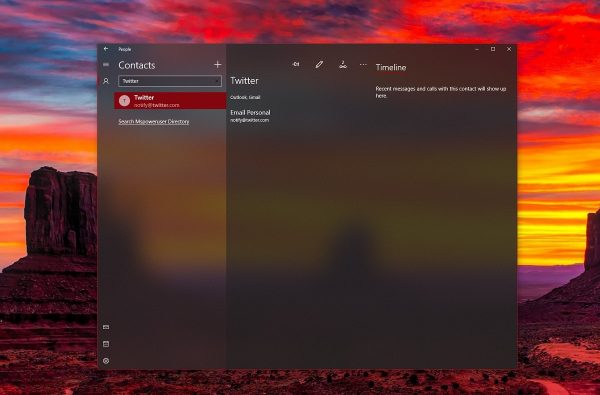 Project NEON is Microsoft's new design language which is focused on simplicity and consistency along with cool animations. It also adds Windows 7’s Aero Glass-like effects to the Universal app frame and controls.

The updated apps are only available for Insiders, who are a special group of users continuously testing Windows 10. They have configured Windows 10 and Windows Store to receive apps from the early development branch so they get them automatically. As of this writing, the most recent Insider Preview release is build 16188, which represents the upcoming Redstone 3 feature update. The stable version of Windows 10 is version 1703, also known as "Creators Update". It was recently released to the production branch of the update channel.

Today, Twitter user 'Indigo' uploaded the complete set of these apps so they can be installed in a regular (non-Insider) release of Windows 10. 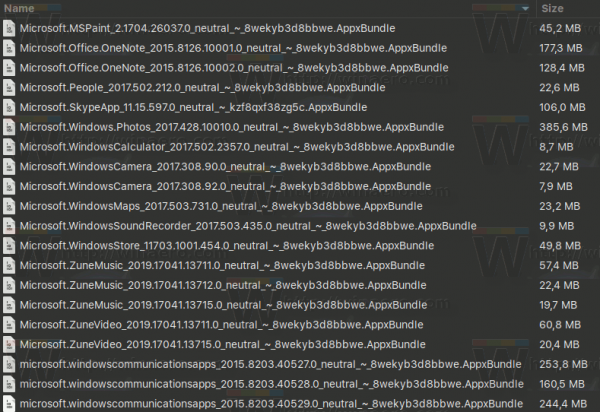 New link! This time around it's Google Drive: https://t.co/akFYJi0e3f
Let's hope this one doesn't get sniped so quick 😅

You can sideload these apps in Windows 10 build 16053 "Creators Update" to try them right now.

Refer to the following article to learn more about app sideloading in Windows 10:

How to sideload apps in Windows 10

In short, you need to open Settings and go to Update & security - For developers: 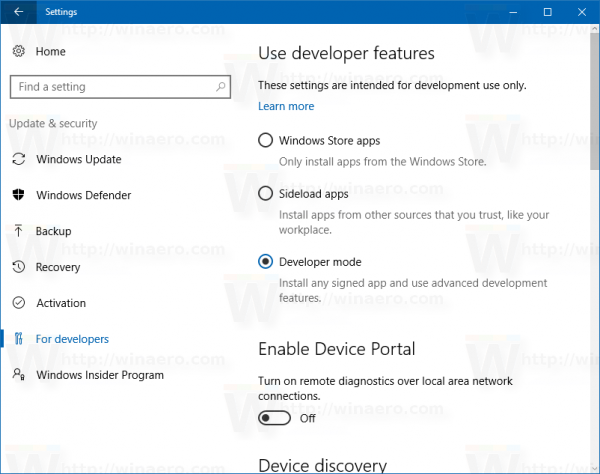 Under "Use developer features", you need to enable the option Sideload apps.